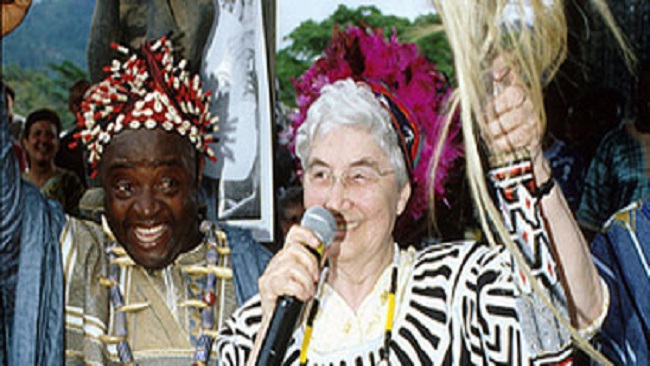 The foundation on which Lebialem is built has collapsed, and the possibility of rebuilding maybe smaller than a mere discussions.  A decision to shut-down Mary Health African of Hospital Fontem – Lebialem was reached yesterday.

The selfless people – the Focolare Movement, whose only mission is “Love and Unity” and who indisputably own the recognition, and from whom no one can take away that “Honor” for building the Lebialem from scratch to its current image, are leaving.

After a lengthy meeting lasting many hours of evaluating the current circumstances of a war on citizens; they searched through pages, and their-52-year history in the area; “life and death,’ then, a tearfully decision – leave.

One of their many challenges laminated at the meeting, many of the medications come in from outside the country, especially Europe, but now they are limited to, not merely the inability to bring in medication from Europe, but also dealing with ruthless uneducated warring soldiers, who do not understand the work of the gentle people.

In really war times, Hospitals – a place where the dying, the wounded and the sick come, are guarded and protected from any attack, but just over two weeks ago, an employee a member of their 80-persons strong-staff was seized,  tortured to death. The hospital called for a day of mourning from all other hospitals across Cameroon. No report here on the response; but the torture and killing of this employee, criss-cross the floor of discussion.

Today, the hospital lies flat, eight patients in total, in a 120 beds inpatient hospital, doctors and nurses take cover on a minute by minute base; and they are words of uncontrollable weeping, and wailing yesterday when this news of the Focolare’s departure broke.

Neither the War-President-in-Chief, nor anyone in that country knows what it takes to bring-in one of the members of the Focolare, or one of the doctors, or one of the nurses, from around the world to settle in that area.  And no one has the slightest ideas of the extensive medical service these people provide to the entire area, off course, this is why no one cares about whoever dies.