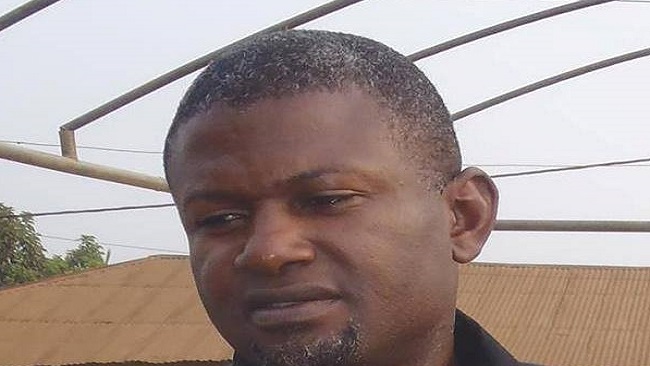 Tale of ADF execution of a suspected traitor: A Warzone Eyewitness Report 0

Flasko was smiling when his abductors with guns rode with him back to the village, but few minutes later they shot him dead in front of a multitude of villages on Market Day.

In the morning of Wednesday, March 14, the Secretary of the Traditional Council of Ayong, a village of the Upper Balong clan in Nguti subdivision, was shot dead in cold blood at his home, in front of a multitude of villagers and people from elsewhere who had converged there for the weekly Market Day.

Mr Akum Zaccheus Nangwe, popularly called Flasko, said to be in his 60s, had been taken away only minutes after dawn by unidentified men, believed to be Ambazonia fighters, some of them with dane guns, who came on five motorbikes and surrounded his house.  They took him away on one of the bikes. His bewildered wife fled to Manyemen, minutes’ drive away, to report what she called the “kidnap” of her husband, to friends and family members and to seek help from who could offer to secure his release.

Thirty minutes to one hour later, two gunmen returned with Flasko on a bike; one riding, the other sitting behind Flasko who was thus sitting between them. Few minutes later, Flasko was shot dead.

Besides his functions as secretary of the Traditional Council, Flasko was also the local Civil Registry Officer. It is not clear why he was targeted but some accounts say the gunmen accused him of being a “blackleg” who identifies and reports local people to government security and defence forces as collaborators of Ambazonia fighters. Some say he had been accused some three months ago of betraying local bush meat dealers who use the Ayong road which is a branch off between Talangaye and Ebanga villages. Witnesses say the seizure of bush meat which means huge losses for local boys, intensified with the present armed skirmishes.

People said to be familiar with the modus operandi of the Ambazonia fighters say when they take their suspects away, they put them through a trial which is a combination of interrogations and mystical verifications to establish their standing with ADF fighters. Those who have witnessed travelling past their road blocks say they wave a machete in front of the suspect and if he is an enemy to their cause, the machete would turn red or get smeared with blood. They believe that is what Flasko was put through that Wednesday morning before he was brought back to the village. His mortal remains were laid to rest on Thursday, March 22.

Below is the testimony of someone (his identity withheld for obvious reasons) who witnessed the execution of Flasko:

I witnessed the execution of Flasko with my own two naked eyes. That Wednesday was the Ayong Market Day. Word was on every lip that Flasko had been taken away by some men with guns who came on motorbikes at about 6.30am.

Incidentally, all the foodstuff I bought that day, I kept them on Flasko’s veranda which is besides the market. Before I could collect my things to leave, we saw two gunmen on one bike riding back with Flasko. There was great relief at the market. Flasko, sitting between the two men carrying dane guns hanging across their shoulders, was even smiling which to us implied an acquittal from the “trial’. People gathered from the market in joy.

When Flasko stepped out, the man motioned him to come to the corner of his house. We were watching. The man pointed at something on the ground, indicating something to Flasko near his room window. We couldn’t see what he was pointing at, but the man then said to Flasko, “Pa just di go so straight and no try for do anything funny.”

At that juncture, the man gave his gun to the other man who was the rider (though he too had a gun) and said to him, “Waste he, waste he.” The other man pointed the gun at Flasko from behind and fired the fatal shot that brought Flasko down and left him dead. At the time the shot went out, Flasko was turning his head to look behind.

I was left confused, with unanswered questions. From hope that all was well because Flasko was smiling when they brought him back, to the sudden order to shoot him dead, I have been wondering what would have happened. What did the gunman see on the ground outside Flasko’s window? Had Flasko flung something out through the window? What was it? By the way, the man didn’t pick up anything from where he was pointing and nothing was found there. Was it something mystical that naked eyes could not see?

When Flasko dropped dead, pandemonium broke loose! Within a couple of minutes, the Ayong market had emptied. Flasko’s body was first taken to the Manyemen hospital and later to the Kumba General Hospital mortuary.