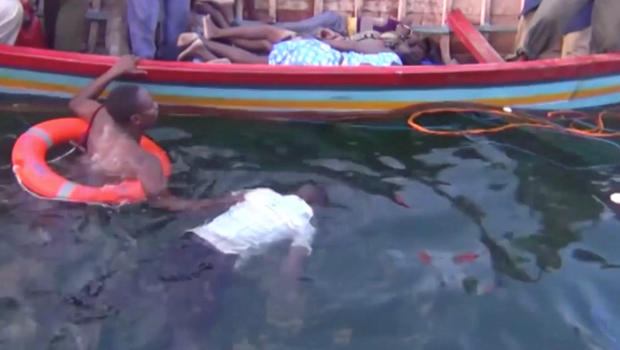 Tanzanian President John Magufuli on Friday ordered the arrest of the management of a ferry that capsized in Lake Victoria, killing 151 passengers.

The death toll from the sinking has risen to 151, state-run TV station TBC said Saturday as rescue workers pressed on with the search to find more people feared drowned.

In a speech broadcast on TBC 1 public television, Magufuli said “it appears clear that the ferry was overloaded”, adding that “negligence has cost us so many lives… children, mothers, students, old people”.

“I ordered the arrest of all those involved in the management of the ferry. The arrests have already begun,” he added. President Magufuli declared four days of national mourning on Friday and said that the government would pay funerary costs for the victims.

Authorities have begun a criminal investigation into the MV Nyerere, which sank with an unknown number of passengers aboard on Thursday afternoon near Ukara, the lake’s biggest island, which is part of Tanzania.

Initial estimates indicated that the MV Nyerere was carrying more than 200 people onboard, when the ship’s capacity is just 101. It went down just a few metres from the dock in Ukerewe district, according to national ferry services operator TEMESA, but it is likely that most on board did not know how to swim.

But it was hard to establish the precise number of passengers on board since the person dispensing tickets had also drowned with the machine recording the data lost. “There were more than a hundred passengers on board when the ferry sank, it is feared that a significant number have lost their lives,” said George Nyamaha, the head of Ukerewe district council.

The ferry was also carrying cargo including sacks of maize and cement when it capsized close to the dock.

Reporting for FRANCE 24 from Tanzania, Emmanuel Makundi noted that while the cause of the accident was not immediately clear, he had interviewed a witness who was on the lake shore at the time of the accident: “He said that as the ferry was approaching the shore, many people tried to reach the gate and that led a car that was onboard the ferry to topple over. That led the ferry to list on one side, causing the accident.”

In 1996, a ferry disaster on Lake Victoria in the same region killed at least 500 people. In 2012, at least 145 people died in a ferry disaster in Tanzania’s semi-autonomous archipelago of Zanzibar in the Indian Ocean, on a vessel that was overcrowded.