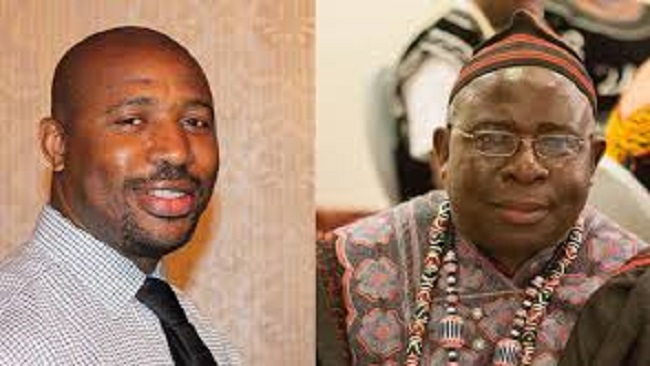 The Reboot Distraction: The Harm and the popular will 0

Cameroon Concord News Group can now authoritatively state that the underlying motivation for convening the so-called reboot conference was not in the best interests of Ambazonia.  In coming to this conclusion, one needs only to study the policy positions adopted by some of the participating members that predate the lawyers and teachers’ revolution. This included the period ending up to the Interim Government that finally achieved the unity of purpose towards the reactivation of the independence of the Federal Republic of Ambazonia. One of the reboot principals, Edwin Ngang in a write up, called Southern Cameroons’ youths who have laid down their lives to defend our homeland ignorant, greedy and naïve.  Prior to forming his own Ambazonia, he was a representative of the Government of Ambazonia under Fon Dinka.

Ebenezar Akwanga another reboot principal used derogatory language not worth repeating for the sake of decency, against the Interim Government, our President Sisiku Ayuk Tabe and members of the Interim Government who were abducted, Mark Barata, citizens of Ambazonia who disagree with him and a wide range of Ambazonians. Boh Hebert a key principal of the reboot conference has called for contributions and the subscription of shareholding towards acquiring a radio and television which he will manage supposedly on behalf of Ambazonians. Jacob Mbah, is a representative of Fon Dinka.  He has since neither said nothing nor Fon Dinka whom he represents in the USA.

It is on record, that apart from Akwanga and Cho Ayaba his former secretary-general of the SCYL who broke way to form Ambazonia Governing Council who support self-defense, Boh Hebert, Edwin Ngang and Jacob Mbah for Fon Dinka are vigorously oppose to the self defense option that the Interim Government has endorsed for the defense of our homeland, the Federal Republic of Ambazonia.  It is also on record that one of the signatories of the MoU that was signed at the reboot conference Jacob Mbah at no moment attended the different conclaves in Nigeria, has never attended any conference or meeting called to strategize on the freedom of the homeland; so also, Fon Dinka whom he represents.  So therefore, what brought these individuals with diametrically opposed positions on how to defend our people and free our country together in the so-called reboot conference?  Did some participating members write to Nigerian intelligence services independently urging them to disrupt the activities of the Interim Government within the territory of Nigeria? And did these entreaties play into the ploy of Nigeria and French Cameroon emboldening them to abduct and possibly execute the President and members of the Interim Government so as to blame the crime on these overzealous power mongers?  This may explain why Akwanga was confident enough to boast about the impending abduction of the President and members of the Interim Government prior to their first announced reboot conference, embarrassing his acolytes who preferred to feign ignorance of the crime. However, the fact that he made this revelation in the context of the reboot conference and has repeated it in the context of the said conference without any participating member protesting or condemning his statements is quite revealing indeed.   Cameroon Concord News Group has insistently revealed without in any way prejudicing the investigations which the Interim Government has ordered, that the alarm raised by Milan Atam and the very energetic, courageous and combative actions of the Communication Secretary of the Interim Government Hon. Chris Anu on getting the information on the abductions, both in the USA and in Nigeria might have prevented the extra judicial execution from occurring.

It is regrettable that the concerted actions of individuals to discredit and delegitimize the Interim Government through petitions, false reports and even entrapment to the Nigerian intelligence services might have aided and emboldened the enemy and Nigeria to perpetrate a serious crime with profound consequences to the liberation struggle of the Federal Republic of Ambazonia, its international image, its treaty obligations and the international rule of law. The thirty-nine boys arrested in Taraba State about a week before the abduction of our leaders, were in no way connected to the Interim Government.  The Police Spokesman in Jalingo stated that they were not armed and were not committing an unlawful activity at the time of their arrest. There are no doubts that they were asylum seekers. But their arrest has been factored into the evil ploy to harm the Interim Government.  Did the petitions sent by these detractors serve as a base to justify the illegal actions of the Nigerian Police, the Intelligence Unit and special operations unit of French Cameroun deployed by the National Security Adviser to President Buhari to abduct our leaders, while the intention of power seekers was merely to facilitate a ban of their activities in the territory of Nigeria?  Cameroon Concord News Group investigators in Nigeria are following all credible leads to bring details of this information to its readers when and if they are available.

Cameroon Concord News Group has consistently disclosed that the purpose and intents of the reboot conference which was consistently disclosed by Akwanga, Boh Hebert and Cho Ayaba was first to form a Government since by the time of the reboot conference, the President would have disappeared, and the Government collapsed.  The abduction of the President and members of the Interim Government did not signal the end of the Interim Government as they expected. President Sisiku Ayuk Tabe stated that the struggle for the freedom and independence of Ambazonia was greater than everyone, starting with himself. That premonition guided the Ambazonia revolutionary train, to co-opt an acting President H.E Dr Sako Ikome to immediately endorse the much anticipated self-defense of our people and our fatherland from foreign aggression.  The policy statement of the Interim Government on self-defense, the banning of all elections organized by French Cameroun in the Federal Republic of Ambazonia, to find and rescue of our President and members of the Interim Government and the call for unity of all the fighting forces and liberation movements was made pursuant to an overwhelming popular demand by Ambazonians at ground zero and abroad.

The people have in their overwhelming majority rejected the so-called reboot conference and its outcome. It was conceived with an evil agenda which was manipulated by Nigeria and French Cameroun to attack the heartbeat of our liberation struggle.  Cameroon Concord News Group calls on the Interim Government to intensify its efforts to find and rescue the President His Excellency Sisiku Ayuk Tabe.  Cameroon Concord Group does not minimize the contributions of any leader or any Ambazonian to our liberation struggle. However, the battle for freedom is a relay in which every Ambazonian is called upon to get involved.  Over the past fifty-six years, there are persons who have been fighting this battle. They have done so at great personal risk and sacrifices.  They should take pride of the fact that children who were not born when they joined the struggle have grown up in the struggle and have taken it many steps ahead.  They have taken up the challenge of self-defense and with no weapons, no ordnance, no food supplies, and no logistics, are confronting and keeping the rapacious enemy at bay. They are doing so with only their determination and duty to our Ambazonia fatherland as their weapons of war. They are making the supreme sacrifices hoping that Ambazonians worldwide will eschew all differences and join the Interim Government so that together, the war of aggression and genocide against our people and fatherland can be prosecuted to victory.  For this reason, Cameroon Concord  News Group calls on the reboot participating members to limit the harmful impact of the harm some of the participating partners have caused to our struggle by uniting with the Interim Government to fight our common enemy.