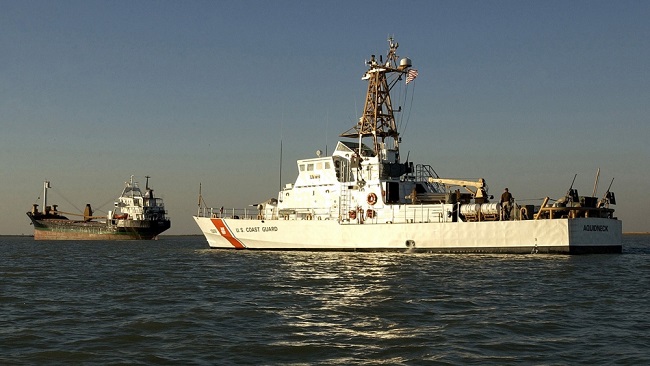 The US reportedly cut Cameroon from a trade pact over allegations of human rights violations. President Donald Trump said Cameroon failed to address concerns over its “persistent gross violations of internationally recognized human rights” allegedly committed by troops loyal to Africa’s oldest president who takes no chances with his own security as his citizens suffer what aid agencies call “the worst humanitarian crisis that most people are unaware of”.

The US also cut more than $17 million in security aid and support to Cameroon in February over concerns about its human rights record. In a letter addressed to Congress, President Trump cited accusations of torture and extrajudicial killings of citizens by the country’s military as reasons for removing Cameroon from the African Growth and Opportunity Act (AGOA).

AGOA helps sub-Saharan countries improve trade ties with the US. Eligible countries must meet criteria including a good human rights record to benefit from the trade. But the US trade pressure has not changed anything in the behavioral patterns in Yaoundé.

Cameroon will be receiving two refurbished Island Class patrol boats from the United States this year, requesting them under the Excess Defence Articles programme.

News of the acquisition was revealed by the United States Embassy in Cameroon in January this year when it said “in 2020, the Cameroonian Navy plans to purchase two 110 foot American patrol boats to greater extend its ability to patrol Cameroon’s economic exclusion zone.”

The embassy did not identify the type of vessels but according to the Excess Defence Articles (EDA) database, in April 2019 Cameroon requested two Island Class patrol boats with mid-life extension, and two have been allocated by the EDA programme. They have not yet been accepted nor delivered.

According to the EDA database, the total acquisition value is $40.5 million, but the total current value is $4 million.

Island Class patrol boats were originally acquired for the US Coast Guard in the 1980s and built by Bollinger Shipyards. A total of 49 were built for the Coast Guard.

Island Class boats are based on a Vosper Thornycroft design. They are 110 feet (34 metres long), have an endurance of five days and top speed of nearly 30 knots. They can accommodate two officers and sixteen enlisted personnel. Navigation and communication include satellite navigation, Loran C and surface search radar with collision avoidance capabilities.

The US Coast Guard is retiring its Island Class vessels and some of these are being delivered to foreign countries under the EDA programme, including Georgia, Pakistan, Costa Rica and Ukraine.

The acquisition of the Island Class vessels will add to several Defender class rigid hull boats which the United States provided to the Cameroonian military in the course of 2017 to enhance its maritime patrols. Maritime security is a major challenge in the Gulf of Guinea (where Cameroon belongs) with an alarming rate of piracy incidents registered in 2019.

The United States said it has made significant contributions to Cameroon’s maritime security. “In 2016, the United States funded the creation of six maritime operations centres in Limbe, Douala, and Kribi that enable naval operations at sea, and we will continue to provide maintenance and training for these centres this year,” the US Embassy said in January.

Cameroon has strengthened its navy in recent times with additional vessels. Over the last decade this includes two P-108 patrol craft delivered from China’s Poly Technologies in 2014, a second hand OPV-54 patrol craft from France in 2014, a 23 metre Aresa 2300 landing craft and two 24 metre Aresa 2400 CPV Defender patrol boats in 2013. According to the Stockholm International Peace Research Institute, two Aresa-3200 patrol craft were delivered in 2014. The second hand patrol boat CNS Dipikar (ex-Grebe) was delivered in March 2017 from France.