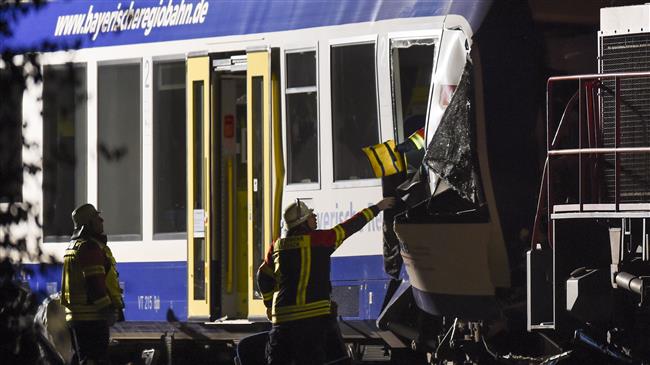 Deutsche Bahn said in a statement on its website the collision took place at around 9.20 p.m. local time (19:20 GMT) near the Aichach station on the line between Ingolstadt and Augsburg in Bavaria.

Deutsche Bahn and the Sueddeutsche Zeitung both reported police as saying that two people were killed and several injured.