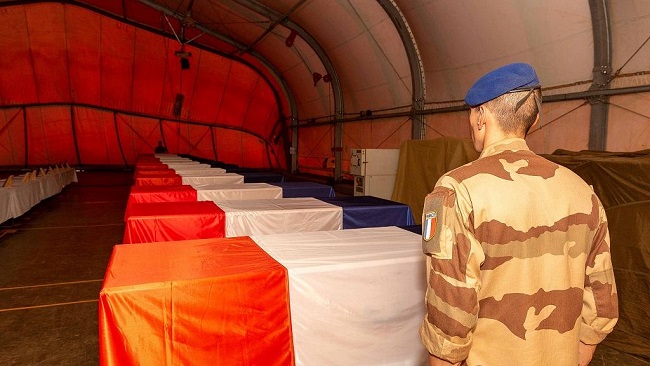 Two French soldiers were killed on Saturday in a military operation in Mali’s northeastern Kidal region, the Élysée Palace announced.

The two soldiers died after their armoured vehicle hit an improvised explosive device on September 5. A third soldier was wounded in the explosion.

French President Emmanuel Macron expresses his “deep respect” for the soldiers’ “sacrifice” and sends his “sincere condolences to their families and loved ones”, the presidential office said.

France started its military operations in the country in 2013, after Mali asked it to help regain territory seized by Islamist extremists who had hijacked a Touareg rebellion in the country’s northern desert regions the previous year.

Earlier on Saturday, Mali’s military junta began talks with opposition groups on Saturday on its promise to hand power back to civilians, after mounting pressure from neighbouring countries since the coup in August.

In its statement announcing the death of the two French soldiers, the president’s office reiterated France’s calls for a swift transition of power to civilian rule in Mali.