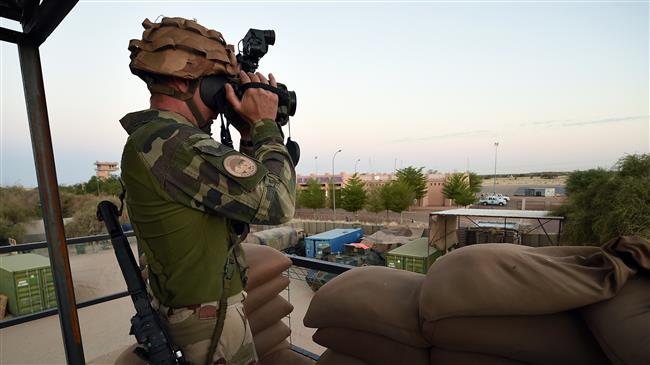 Hundreds of American troops in Africa would be reassigned and the number of Special Operations missions on the continent would be wound down under plans submitted by a top military commander, a response to the Trump administration’s strategy to increasingly focus on threats from China and Russia.

Defense Department officials said they expected most of the troop cuts and scaled-back missions to come from Central and West Africa, where Special Operations missions have focused on training African militaries to combat the growing threat from extremist Islamist militant groups.

The plan by Gen. Thomas D. Waldhauser, the leader of United States Africa Command, follows an ambush in Niger last fall that killed four American soldiers and an attack in southwestern Somalia that killed another in June.

In an interview with The New York Times, General Waldhauser said his plan would help streamline the military’s ability to combat threats around the world — but not retreat from Africa.

“We’re not walking away,” General Waldhauser said at his Germany headquarters last week, adding that the United States would still “reserve the right to unilaterally return” to protect American interests.

Africa has increasingly become an emerging battlefield for the United States in the fight against Islamist militant groups, including the Islamic State, Boko Haram and others across the continent that have sworn loyalty to Al Qaeda.

Carter F. Ham, a retired Army general who once led Africa Command, said he agreed “in principle” with paying more attention to Russia and China — the notion at the heart of a national defense strategy unveiled in January by Defense Secretary Jim Mattis.

But, Mr. Ham said, “my concern in Africa is that with an already very modest presence and level of engagement, reducing that will lessen the likelihood for good outcomes across the continent.” Africa receives a small portion of Pentagon investment compared with Germany, South Korea and Japan, for instance.

General Waldhauser said Africa Command was the first to be asked to submit a drawdown plan, as The Times initially reported in June. But he said he expected other American combatant commands around the world to do the same under the defense strategy to better position the United States military against threats from Russia, China, Iran and North Korea.

The strategy represented a shift from fighting terrorism to countering state threats. When he announced it in January, Mr. Mattis declared that “we will continue to prosecute the campaign against terrorists, but great power competition — not terrorism — is now the primary focus of U.S. national security.”

The drawdown in Africa, General Waldhauser said, will include the departure of hundreds of Special Operations troops and their support forces. It will begin in places like Cameroon, where American war planners believe their efforts to train that country’s special operations forces have been largely successful. The United States currently has about 300 troops in Cameroon.

General Waldhauser said Cameroon’s security forces have improved to the point where they no longer need Americans to accompany them on missions.

“They can do it on their own,” he said. “That would be an example of a country where we have worked ourselves out of a job.”

A Defense Department official said that Nigerien forces are also considered to be improving to the point where they may soon not need American help.