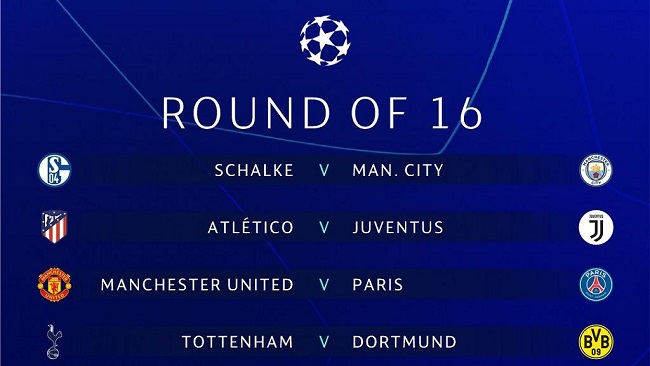 Football fans all over the world are relishing the mouth watering ties served up for the UEFA Champions League knockout stages, including a match between last season’s finalists Liverpool and German champions Bayern Munich.

The round of 16 draw, held on Monday paired defending champions Real Madrid, who are chasing a fourth successive title, and Dutch side Ajax. Juventus, who have the services of Portuguese talisman, Cristiano Ronaldo, will take on Spain’s Atletico Madrid. Ronaldo won four titles with Real Madrid.