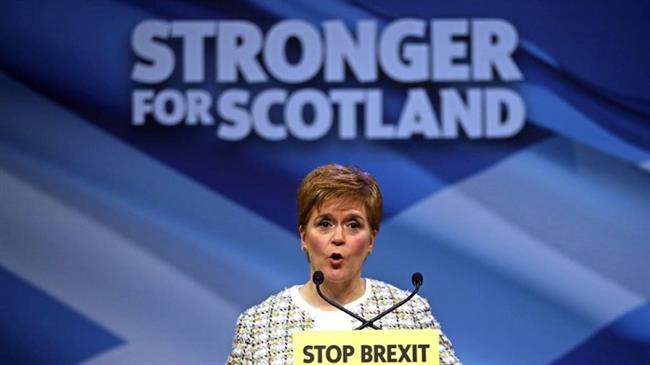 UK Elections: Scotland will now set the wheels in motion for a second independence referendum 0

The Scottish National Party has enjoyed a landslide victory north of the border, and sent a clear message to Westminster that Scotland will now set the wheels in motion for a second independence referendum from the UK.

The SNP clinched 13 extra seats in Scotland compared to its 2017 election campaign, and after the 59 constituency results were announced, the SNP now holds 48, with the Tories coming in second with 6, down 7, the Liberal Democrats third with 4, and a disappointing 1 seat by the Labour party who lost 6 seats in a disastrous campaign.

She further went on to state, ‘if he’s going to claim a mandate for Brexit, he cannot deny the mandate that the SNP has to offer people in Scotland the choice of something different’.

The SNP’s 48 seats in Westminster now makes the party the third largest in parliament, and although Johnson has clearly sealed the largest Tory majority since the Thatcher era, the debate will now spark as to whether Johnson will listen to the voices of Scotland, who in 2014 voted to stay within the United Kingdom as it was part of the European Union, however, with Brexit now a formality, will Johnson abuse his majority power and swipe the SNP voice under the table, or will Sturgeon use the momentum to bring Scotland out of the UK, and into Europe as an Independent nation state?

With Northern Ireland seemingly now being handed to the Republic of Ireland on a plate with the partition in the Irish Sea as part of Johnson’s new deal with the EU, and Scotland now also on the brink of IndyRef 2, could we now be witnessing the end of Great Britain and Northern Ireland, and could the famous British divide and rule ideology now be returning to bite its own master on the rear?