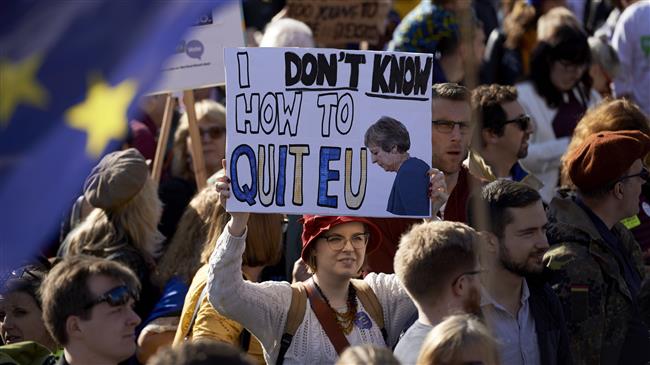 The Brexit drama switches venues from Brussels to the UK Supreme Court on Tuesday for hearings on Boris Johnson’s explosive decision to suspend parliament for over a month.

Juncker’s office said Johnson was reminded that “it is the UK’s responsibility to come forward with legally operational solutions” to the existing divorce deal that the British parliament refuses to accept.

“Such proposals have not yet been made.”

Johnson countered that there was a “good chance” of striking a new agreement if there was “movement” from Brussels.

But Johnson’s political hand in the run-up to Britain’s October 31 departure could be weakened by 11 judges who will hear the parliamentary suspension challenge on Tuesday.

Court proceedings could last until Thursday and the timing of any ruling is uncertain.

Lying to the queen?

The Supreme Court’s entry into the three-and-a-half year saga stems from Johnson’s “do or die” promise to take Britain out of the EU without any further delay.

Johnson suspended parliament until October 14 in what his critics cry was a blatant bid to keep his pro-European opponents from trying to get Brexit delayed.

The government counters that parliament is dissolved yearly at the end of every session and that Johnson was simply clearing the way for a new agenda following Theresa May’s resignation in July.

The court must now rule on Johnson’s motivation and whether it has the right to make political adjudications at all.

The High Court in England has sided with Johnson while its Scottish counterpart called the suspension “unlawful”.

London’s Queen Mary University law professor Sionaidh Douglas-Scott said the Supreme Court the highest legal authority in all of Britain has not faced a case of this kind since the 1600s.

She said the verdict could have monumental consequences not only for Brexit but also how the world’s oldest parliamentary democracy functions down the line.

“If parliament is prorogued (suspended) with no remedy available then the balance of power is tipped far too heavily to the executive,” she told AFP.

Former prime minister David Cameron the Conservative leader who resigned after losing the Brexit referendum in 2016 — said he also thought Johnson was “trying to restrict the debate”.

“It looked to me, from the outside, like rather sharp practice of trying to restrict the debate,” he said.

A defeat for Johnson would leave him open to charges that he has effectively lied to Queen Elizabeth II, who gave the formal order to suspend parliament.

Britain’s beloved monarch is the formal head of state and has little choice but to trust the prime minister when he asks her to end parliamentary sessions.

Johnson is already skirting the edges of the law by insisting that he would rather be “dead in a ditch” than ask his European counterparts to postpone Brexit for a third time.

Parliament has passed a law forcing him to ask the other European leaders for a delay if no compromise emerges from an October 17-18 EU summit in Brussels.

Johnson’s hand is helped by widespread fears of what a chaotic “no-deal” end to Britain’s 46-year involvement in the European project would have on businesses and the public.

The government has been forced to publish documents warning that this outcome could spark civil unrest and shortages of food and medicines.

Small groups of more moderate MPs on both sides of the political divide have reportedly expressed a willingness to back a compromise agreement.

The European Union would also prefer to avoid getting blamed for helping push one of its main members out without any safety arrangements.

But its leaders refuse to sign off on any deal that muddies the bloc’s trading borders something they accuse Britain of trying to do.