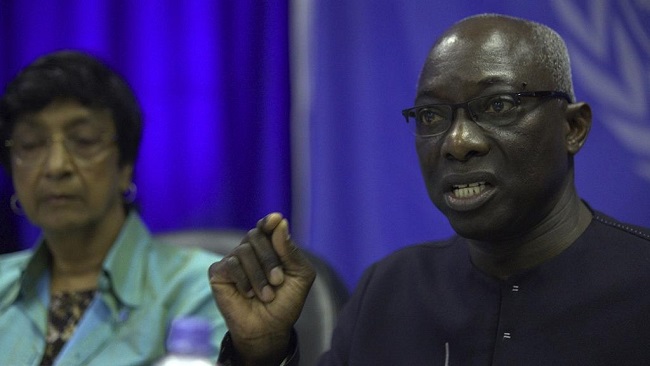 The United Nations special adviser on prevention of genocide, Adama Dieng has called for an independent investigation into what he described as ‘concerning atrocities’ in Cameroon. Speaking to the BBC on the eve of the symbolic declaration by separatists in the English speaking regions called Ambazonia Republic.

Over the past year, clashes between government security forces and separatist forces have intensified, leading to heavy losses of life on both sides and causing mass displacement of people. “The crimes committed by both parties need to be properly and independently investigated and perpetrators of those crimes need to be brought urgently to justice so that people know that no-one is above the law,’‘ Dieng said.

While majority of Cameroon’s 23 million people are French-speaking, about a fifth of the population is English-speaking. The Anglophone minority has long complained about marginalisation which led to protests by teachers and lawyers over a period of time.

Dieng said while there has been few incidents of election violence in the build up to the October 7 presidential election, there are still many ‘atrocious crimes being committed’ because of the Anglophone crisis.

“My worry is that we still have many people being killed, so far more than 400 people. We need to have political dialogue but also demand for justice,” Dieng told BBC.

“It is true that one could not exclude some form of violence [around the polls] but for the time being things seem to be under control,” Dieng said.

The separatists have vowed to prevent elections from being conducted in the English speaking North-West and South-West regions.