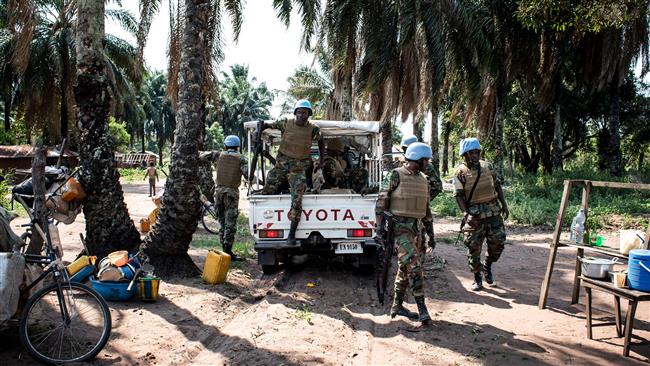 The United Nations has slammed the Democratic Republic of Congo for its inability to contain a surge in the number of extra-judicial “executions” in the country, saying figures show a three-time increase in two years of such killings by “state agents”.

The United Nations Mission in Congo (MONUSCO) said Wednesday that a crisis in vast region of Kasai has driven up the number of summary “executions” in the DRC, saying state agents carried out 1,176 extra-judicial killings last year.

MONUSCO deplores “the exceptional increase” which showed that killings had tripled in number over the past two years.

It said at least 89 women and 213 children were killed as part of the extra-judicial killings in the DRC in 2017.

The findings, which were part of MONUSCO’s annual report on human rights violations in the DRC, said that 64 percent of all extra-judicial killings by state agents last year were carried out by armed forces.

The report also indicated that rights violations and abuses committed in 2017 across the central African country had risen by more than 25 percent compared to the previous year, adding that a total of 6,497 cases had been recorded last year.

MONUSCO said at least 752 people were executed in Kasai, a region that comprises three provinces plagued by violence since August 2016 when Kamwina Nsapu, a tribal chieftain known for his fierce opposition to regime of President Joseph Kabila, was killed. Around 3,000 people have been killed since then while some 1.4 million remain displaced.

The UN report described Kasai as a region plagued with “persistent crisis”, saying crimes by state agents were rampant there. The world body lost two of its experts in the region last March while investigating the violence.