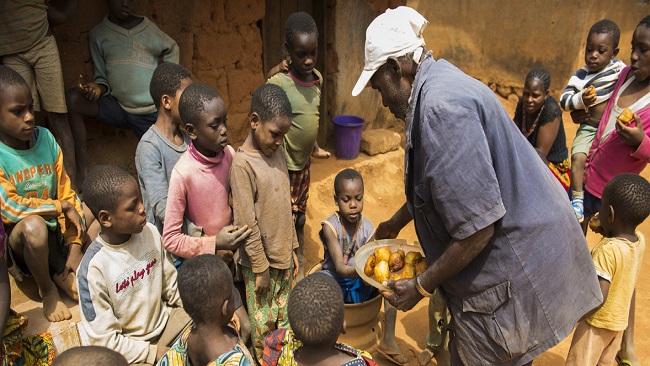 As more and more Anglophone Cameroonians flee a violent crackdown in the region and seek asylum in Nigeria, the United Nations refugee agency warned on Tuesday without more funding and assistance, their situation and that of the Nigerian communities hosting them, will become even more desperate.

“Anglophone Cameroonians began fleeing violence in October 2017 and continue to pour into Nigeria’s Cross River, Taraba, Benue and Akwa-Ibom states,” Aikaterini Kitidi, spokesperson for the Office of the UN High Commissioner for Refugees (UNHCR), said at the regular briefing in Geneva.

“In total, over 20,000 refugees have been registered in the area. Women and children account for four-fifths of the population,” she added.

A recent assessment by humanitarian groups shows how grim the situation has become – with 95 per cent of the asylum seekers having only three days of food. Most families are down to one meal per day and their coping strategies people are themselves risky, ranging from borrowing money to cutting food portions or saving food only for children.

Most say they have to drink water from streams, ponds and other unsafe sources, because of inadequate or dysfunctional drinking water facilities. “Essential relief items, such as clothing, blankets and plastic sheeting, are available to fewer than 25 per cent of them,” explained Ms. Kitidi.

Moreover, only five in every 100 Cameroonians have proper or independent shelter. The rest have little or no privacy, squatting in rooms with some 10 to 15 people. A lack of protection from the cold is increasing health concerns as the start of the rainy season approaches.

Additionally, malaria is reportedly increasing. Many participants at the assessment were suffering from fear and anxiety, poor sleep and flashbacks. According to UNHCR, about 20 to 30 per cent of the asylum seekers have some kind of vulnerability, such as a physical disability.

Three-quarters of the children who recently fled currently cannot access school, because their families cannot afford to pay for books and uniforms. Adults are also struggling to make ends meet. “A political solution to the situation in Cameroon is urgently needed, so that the Cameroonians can safely and voluntarily return home,” stressed Ms. Kitidi.

“Until then,” she continued, “UNHCR and its partners will continue their efforts to provide assistance and support to this population as long as we are able.” While UNHCR has worked on an $18 million contingency plan to help cover their needs, to date, no funds have been received.

Earlier this month, the Nigerian authorities allocated land to UNHCR for shelters, to ensure the refugees’ safety, security and self-reliance. In line with humanitarian principles, UNHCR acknowledges the authorities’ commitment to assist in moving the refugees at least 50 kilometres from the border.

“UNHCR urges the Nigerian authorities to refrain from the forcible return of individuals who may have fled persecution in their country of origin, and to respect the principle of non-refoulement or no forced returns,” concluded the UNHCR spokesperson.