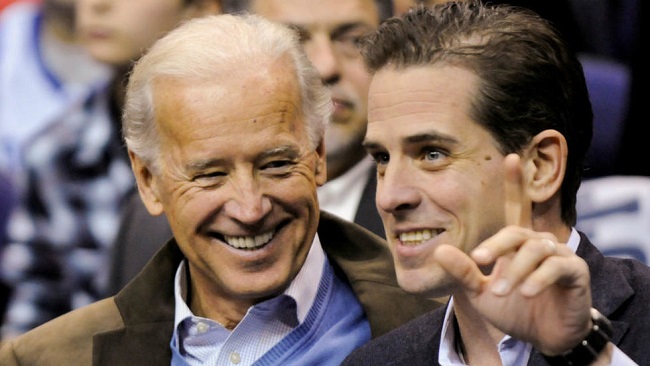 Tension spiralled in the still undecided US election Wednesday after President Donald Trump made unprecedented claims of fraud and demanded a recount in Wisconsin, where Democrat Joe Biden notched up another win to inch closer to overall victory.

While there was no official winner more than 12 hours after the last polls closed on Tuesday, the fate of the most divisive contest in decades was coming down to just a handful of states where the Republican incumbent and his challenger fought over razor-thin margins.

In the latest blow to Trump, Biden, 77, was declared the winner of Wisconsin, with an unsurmountable lead of 20,000 after 98 percent of ballots had been counted.

This mirrored Biden’s slow but steady march across the remaining toss-up states in the vast country, where counting was complicated by the Covid-19 pandemic and record numbers of early and mailed-in votes.

Biden led in Michigan by nearly 45,000 votes with 94 percent counted and has already been declared winner of another tight race in Arizona. Results were still being tabulated in Georgia, Nevada, North Carolina and Pennsylvania — all of them close contests.

The apparent shift in fortunes toward the Democrat prompted Trump, 74, to launch a tirade claiming mass fraud that he claimed on Twitter had made his victories “magically disappear.”

Trump’s campaign announced a lawsuit to try and suspend the vote count in Michigan, where it said its team was denied proper access to observe vote counting.

The campaign said it was also suing to halt the counting of votes in Pennsylvania — after the president called overnight for Supreme Court intervention to exclude the processing of mail-in ballots after the close of polls.

And it demanded a recount in Wisconsin, citing “irregularities.”

Biden himself was expected shortly to make a statement on the knife-edge race.

But Trump has made clear he will not accept defeat before he has exhausted every possible challenge.

During the night after polls closed Tuesday, he went on live television from the White House to claim “we did win this election” and to allege there had been “fraud on the American public.”

He later repeated his vague accusations of vote rigging on Twitter, despite a lack of any substantiated reports of meaningful irregularities during voting or counting.

“Last night I was leading, often solidly, in many key States, in almost all instances Democrat run & controlled,” Trump tweeted. “Then, one by one, they started to magically disappear as surprise ballot dumps were counted.”

The tightest and messiest count could potentially unfold in Pennsylvania — the biggest prize still outstanding.

Here, Trump had a roughly 500,000 vote lead with an estimated 78 percent of the vote counted but votes were awaited from heavily Democratic parts of the state, promising to level things up.

“We have to be patient,” Pennsylvania Governor Tom Wolf said. “We may not know the results today.

“There are millions of mail-in ballots,” he said. “They’re going to be counted accurately and they will be counted fully.”

The Democratic governor shrugged off criticism from the White House over the slow vote count and said “our democracy is being tested in this election.”

“Pennsylvania will have a fair election,” he said. “And that election will be free of outside influences.”

That race, which hinged on a handful of votes in Florida, eventually ended up in the Supreme Court, which halted a recount while Bush was ahead.

The US Elections Project estimated total turnout at a record 160 million voters including more than 101.1 million early voters, 65.2 million of whom voted by mail.