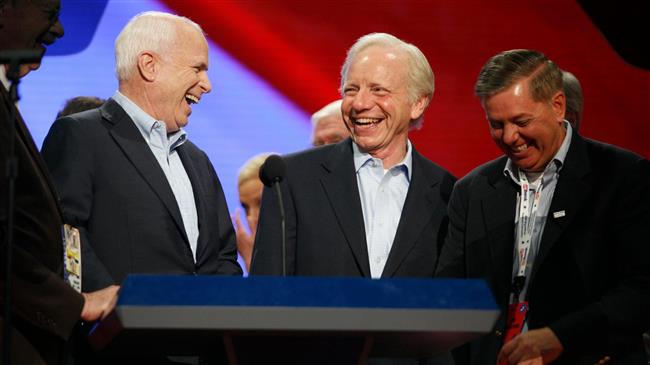 John McCain, the seasoned senator of Arizona, says he regrets choosing former Alaska Governor Sarah Palin as his running mate during the country’s 2008 presidential race, and instead he should have chosen Joe Lieberman, a Democrat-turned-independent politician.

The New York Times reported on Saturday that McCain, while still defending Palin’s performance, said in his upcoming book, “The Restless Wave: Good Times, Just Causes, Great Fights, and other Appreciations,” that although his advisers had warned him that picking a vice-presidential candidate who caucused with Democrats and supported abortion rights would divide Republicans and doom his chances, he should still have proceeded and chosen Lieberman as is his vice-presidential nominee.

“It was sound advice that I could reason for myself,” he writes. “But my gut told me to ignore it and I wish I had.”

Many in McCain’s own party believe that, by selecting Sarah Palin as his running mate in 2008, he bears at least a small measure of blame for unleashing the forces of grievance politics and nativism within the Republican Party.

In addition to the book, the senator has also participated in a nearly two-hour HBO documentary, both of which are set to be released this month. In the HBO documentary McCain strikingly expresses sorrow for not choosing Lieberman calling it “another mistake that I made.”

Lieberman later said he did not know McCain felt that regret until he watched the film. “It touched me greatly,” he said.

The Times reported that Lieberman recently visited McCain, 81, at his ranch in Arizona where the senator is recovering from his brain cancer treatment and surgery for an infection.

In excerpts of his book, The Restless Wave that will be published by Simon & Schuster on May 22, the senior senator from the state of Arizona says his battle with brain cancer has given him a sense of liberation to freely speak his mind.

“I’m freer than colleagues who will face the voters again. I can speak my mind without fearing the consequences much. And I can vote my conscience without worry.”

“I don’t think I’m free to disregard my constituents’ wishes, far from it. I don’t feel excused from keeping pledges I made. Nor do I wish to harm my party’s prospects. But I do feel a pressing responsibility to give Americans my best judgment,” McCain says in the excerpts released Monday by Apple News.

McCain, a Vietnam War prisoner, says he is bothered by the “scarcity of humility” in the current political climate in America.

McCain openly criticizes US President Donald Trump in the book saying he seems to care more about “the appearance of toughness” than so-called American values.

“The appearance of toughness, or a reality show facsimile of toughness, seems to matter more than any of our values,” he says in the memoir referring to Trump.

“He has declined to distinguish the actions of our government from the crimes of despotic ones,” McCain writes in the book of Trump.