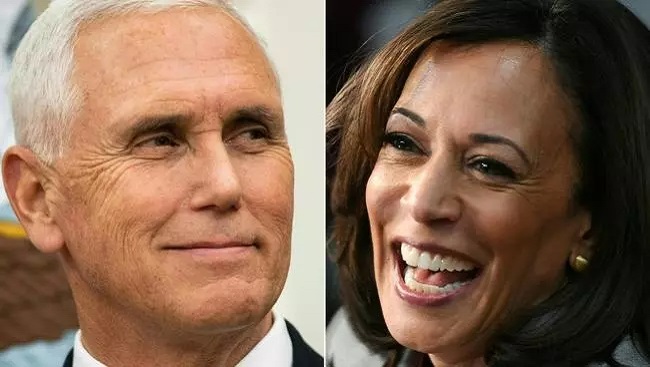 US Politics: Pence and Harris to square off in ‘most important VP debate in history 0

Given the age of the two White House contenders, and President Donald Trump’s Covid-19 diagnosis, Wednesday’s debate between Vice President Mike Pence and Democratic challenger Kamala Harris is being billed as a critical test in an increasingly acrimonious election campaign.

The televised clash in Salt Lake City, Utah, comes at a precarious moment for the incumbents, less than a week after the president announced he had contracted Covid-19 amid a White House outbreak that has infected numerous high-profile Republicans.

Former Vice President Joe Biden, the Democratic presidential nominee, is ahead of Trump in national polls, enjoying a lead of 12 percentage points in the latest Reuters/Ipsos survey of likely voters, with less than four weeks until the November 3 election.

Four years ago, only 37 million people tuned in for the debate between Pence and Hillary Clinton’s running mate Tim Kaine, less than half the number of viewers recorded for the first Trump-Clinton face-off.