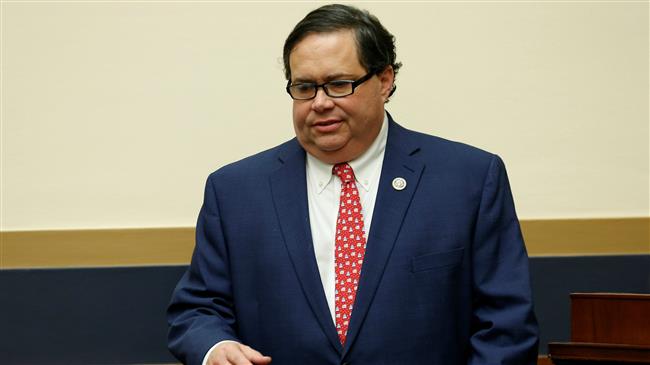 A US congressman has resigned after being accused of sexual harassment by a female former aide amid a string of sexual assault claims in the country.

Republican Representative Blake Farenthold of Texas resigned Friday from Congress a week after the House ethics committee said it was investigating him over allegations of sexual harassment, discrimination and retaliation involving the female former staff member.

“While I planned on serving out the remainder of my term in Congress, I know in my heart it’s time for me to move along and look for new ways to serve,” the 56-year-old congressman said in a social media video statement.

Farenthold, who represented Corpus Christi in the US House of Representatives, has denied the accusation, but had said in December that he would not seek re-election.

“I had no idea how to run a congressional office, and as a result, I allowed a workplace culture to take root in my office that was too permissive and decidedly unprofessional,” Farenthold said in December.

According to a Politico report in December, the congressional Office of Compliance had paid $84,000 from a public fund on behalf of Farenthold for a sexual harassment claim.

This comes after several other US lawmakers have either stepped down or not sought re-election over sexual harassment accusations. President Donald Trump has also been accused by at least two dozen women of inappropriate sexual behavior.

The wave of sexual scandals began when Harvey Weinstein, a leading Hollywood producer, was hit with allegations of sexual harassment, assault or rape.

Trump has said that he was happy that women were now coming forward accusing lawmakers and media figures, many of whom Democrats, of sexual misconduct.