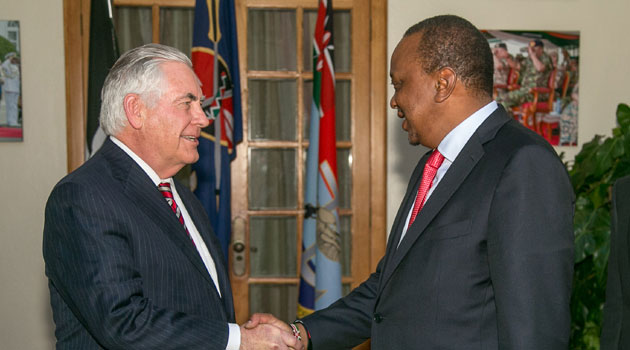 U.S. Secretary of State Rex Tillerson, who is on a mini tour of Africa cancelled his Saturday program in Nairobi because he is “not feeling well.” He is will resume his normal visit on Sunday, the U.S. delegation announced.

“The secretary does not feel well after two long days of working on important issues like North Korea and he cancelled his events of the day,” said Under Secretary of State Steve Goldstein.

Tillerson was scheduled to attend an event as part of PEPFAR, the U.S. program to help AIDS patients in Africa.

He was also to take part in a 20th anniversary ceremony of the attacks on U. S. embassies in Kenya’s capital city and Dar es Salaam, the economic capital of Tanzania, which killed 224 people and injured more than 5,000 on 7 August 1998.

In the middle of the afternoon, Steve Goldstein said that “the secretary feels better and will resume his normal program on Sunday.

Mr. Tillerson arrived in Ethiopia on Wednesday. He visited Djibouti on Friday morning and arrived in Kenya late in the afternoon. He is scheduled to go to Chad on Monday and to Nigeria on Tuesday.