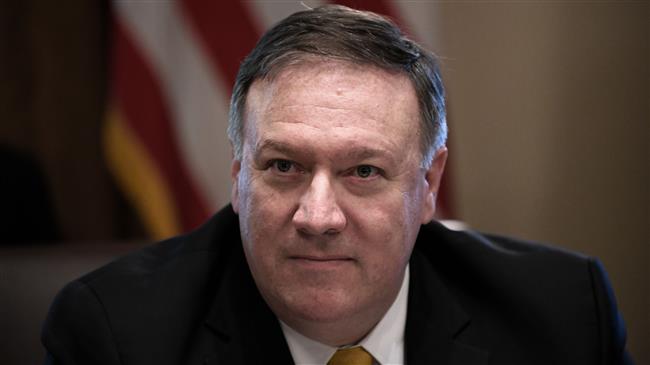 US Secretary of State Mike Pompeo says President Donald Trump will “likely” meet with his Russian counterpart Vladimir Putin in the months ahead to discuss persisting tensions between the two countries.

Pompeo made the remarks during an interview on Saturday with the local MSNBC news network, further disclosing that the White House National Security Adviser John Bolton is due to visit Moscow this week to discuss potential plans for a bilateral summit between the two leaders.

“I don’t know what the president’s schedule is going to be,” said the top US diplomat, adding that “I know Ambassador Bolton’s planning to travel to Moscow on Sunday or Monday.”

The remarks came just days after Bloomberg news outlet reported that talks were underway for Trump and Putin to meet next month, although plans were not yet finalized.

According to Pompeo, officials from the two rival nations were also engaged in examining their “overlapping interests” and looking for ways Moscow and Washington could collaborate.

“The president’s been unambiguous since he took office that there are places where Russia is working against the United States but many places where we work together,” he underlined.

Pompeo then went on to assert, “I had a chance to do that in my previous role as CIA director, where we worked with the Russians on counterterrorism issues, where the two nations had shared interests.”

He further added, “And so we are having conversations with our Russian counterparts trying to find places where we have overlapping interests but protecting American interests where we do not.”

The development comes after Trump stunned leaders of allied nations and even many officials in Washington earlier this month when he insisted that Russia should be readmitted to the Group of Seven (G-7) just prior to and during the group’s summit in Canada.

“Whether you like it or not, and it may not be politically correct, but we have a world to run,” Trump declared. “And in the G-7, which used be the G-8, they threw Russia out. They should let Russia come back in because we should have Russia at the negotiating table.”