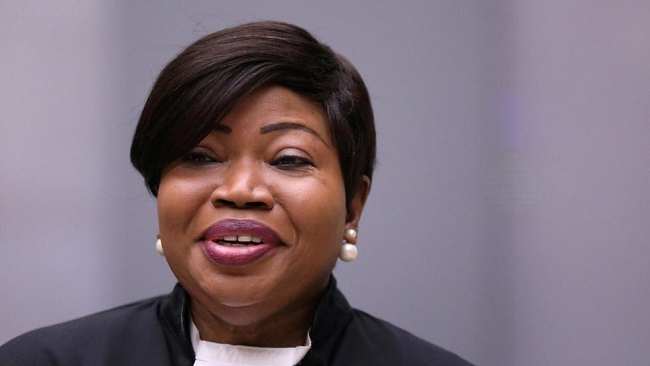 The United States on Wednesday imposed sanctions on International Criminal Court prosecutor Fatou Bensouda, Secretary of State Mike Pompeo said, over her investigation into whether American forces committed war crimes in Afghanistan. The Hague-based tribunal reacted denouncing an “unprecedented” attack against “the rule of law”.

“The International Criminal Court condemns the economic sanctions imposed by the US earlier today on the court’s prosecutor and a member of her office,” an ICC statement said. “These coercive acts, directed at an international judicial institution and its civil servants, are unprecedented and constitute serious attacks against the court, the Rome Statute system of international criminal justice, and the rule of law more generally.”

The war crimes court said it “continues to stand firmly by its personnel and its mission of fighting impunity for the world’s most serious crimes.”

Pompeo also said that Phakiso Mochochoko, the head of the ICC’s Jurisdiction, Complementarity and Cooperation Division, had been blacklisted under sanctions authorised by President Donald Trump in June that allow for asset freezes and travel bans.

“Today we take the next step, because the ICC continues to target Americans, sadly,” Pompeo told reporters.

In addition, Pompeo said that individuals and entities that continue to materially support Bensouda and Mochochoko would risk exposure to sanctions as well.

The US State Department also restricted the issuance of visas for individuals Pompeo said were involved in the court’s efforts to investigate US personnel. He did not name those affected, though.

The US move came after President Donald Trump authorised sanctions on the ICC on June 11 for probing and prosecuting US troops.

Pompeo at the time referred to the ICC as a “kangaroo court” and warned that if US soldiers are investigated by it, those of US allies in Afghanistan risk the same threat. US Attorney General Bill Barr said in June that the ICC has become “little more than a political tool employed by unaccountable international elites”.

Bensouda was given the go-ahead by the court in March to investigate whether war crimes were committed in Afghanistan by the Taliban, Afghan military and US forces.

The sanctions were announced just two months before US elections, in which Trump is running in part on his record of standing up to international institutions that don’t bow to US demands.

But Washington’s move also added to the broader pressure on the ICC to shore up its legitimacy, 18 years after it was founded to prosecute war crimes, crimes against humanity and genocide.

The ICC was founded by the Rome Statute, which entered into force in 2002, and has since been signed by 123 countries. The United States – like Russia, China, Israel, Syria and a number of other countries – is not a member of the ICC, and its opposition to the court is longstanding.

US Sanctions ‘only serve to weaken the fight’ against ‘mass atrocities’

The head of the ICC’s Assembly of States Parties, which groups the court’s member countries, said separately that it would meet to discuss how to support the tribunal in the face of the US measures. “I strongly reject such unprecedented and unacceptable measures against a treaty-based international organisation,” said assembly president O-Gon Kwon. “They only serve to weaken our common endeavour to fight impunity for mass atrocities.”

UN Secretary-General Antonio Guterres was concerned by Pompeo’s announcement, UN spokesman Stephane Dujarric told reporters. He said that “we trust that any restriction taken against individuals will be implemented consistently” with a decades-old US deal with the UN to host the world body’s headquarters in New York.

The United States revoked Bensouda’s entry visa in 2019 over the possible Afghanistan inquiry. But under an agreement between the UN and Washington, she was still able to regularly travel to New York to brief the UN Security Council on cases it had referred to the court in The Hague.

Richard Dicker, Human Rights Watch international justice director, said it was a “stunning perversion of US sanctions”. “The Trump administration has twisted these sanctions to obstruct justice, not only for certain war crimes victims, but for atrocity victims anywhere looking to the International Criminal Court for justice,” he said.