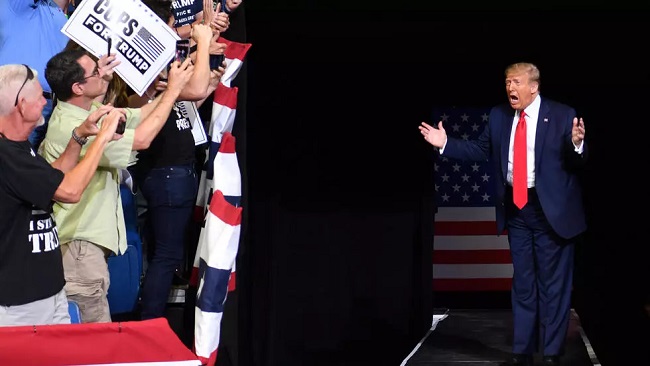 US: Trump supporters march in Washington to contest vote result 0

President Donald Trump’s supporters gathered in Washington on Saturday for a protest to back his unsubstantiated claims of election fraud as he pushes ahead with a flurry of longshot legal challenges to overturn Joe Biden’s election victory.

After night fell in the nation’s capital, demonstrators favouring Trump clashed in the streets with counterprotesters, videos posted on social media showing fistfights, projectiles and clubs. Police arrested at least 20 people on a variety of charges, including assault and weapons possession, officials said. One stabbing was reported, two police officers were injured and several firearms were also recovered by police.

Earlier in the day, Trump made a brief drive-past through the demonstrations in his motorcade as supporters, many waving “MAGA” – or “Make America Great Again” – flags, cheered.

The president smiled at demonstrators shouting, “USA! USA!” from the car window, but he did not step out.