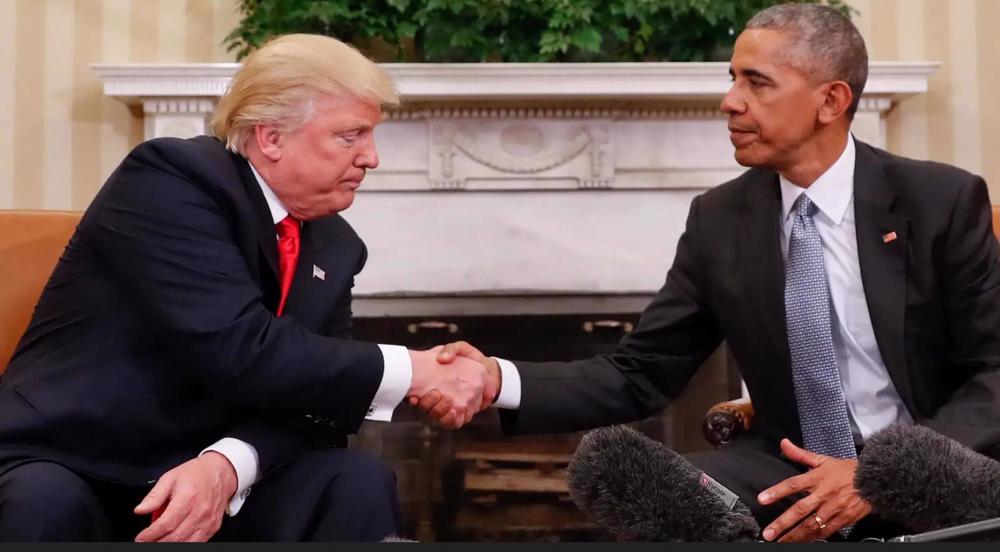 US: Trump’s dislike of Obama is ‘purely racial’ 0

US President Donald Trump is “a cult leader,” whose dislike of his predecessor, Barack Obama,  is “purely racial,” says the Republican’s former fixer.

“Why he despises him to the extent that he does, I believe it’s purely racial,” Michael Cohen told ABC on Monday.

The former Trump lawyer, who was convicted of campaign finance violations in 2018, further described the American commander-in-chief as a “an Archie Bunker racist.”

“I believe it’s solely predicated on the fact that Barack Obama is Black,” he said, further commenting about his telltale book, titled Disloyal. “I described Mr. Trump as a cult leader and I was in this cult. And while I was in the cult I was really refusing to acknowledge that the actions I was performing for my boss were really morally wrong.”

Trump has dismissed the claims by his former lawyer as “fan fiction.”

“About the only way a person is able to write a book on me is if they agree that it will contain as much bad ‘stuff’ as possible, much of which is lies,” Trump tweeted late last month. “It’s like getting a job with CNN or MSDNC and saying that “President Trump is great.” You have ZERO chance. FAKE NEWS!”

Cohen was sentenced to three years behind bars and ordered to pay a $50,000 fine.

He made payments during the 2016 campaign to two women – adult film actress Stormy Daniels and former Playboy model Karen McDougal – to silence them from speaking publicly about affairs they had with Trump.