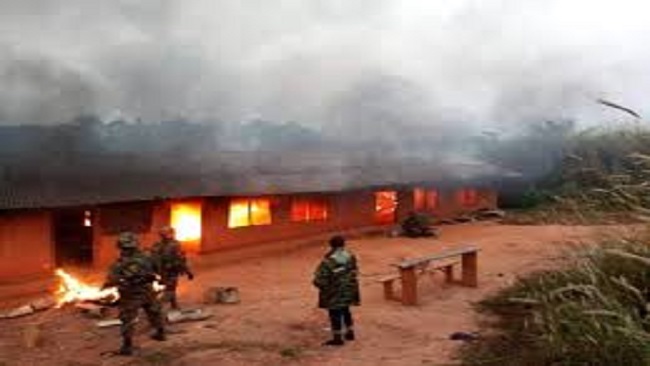 US voices concern about escalating attacks in Southern Cameroons 0

The US Embassy in Cameroon raised concern about horrific attacks against civilians in the Northwest and Southwest regions of Central African country by armed separatist fighters.

“We note the disturbing rise of brutal attacks in recent weeks, including beheadings, torture, and bombings in civilian areas,” the embassy said in a statement on Friday.

“We offer our condolences to all those bereaved by these acts, and call for impartial investigations to take place and for perpetrators to be brought to justice in accordance with Cameroonian law,” it added.

Condemnations came after footage of the murder of two women by separatist groups in the Northwest and Southwest regions was shared on social media. The separatists had also kidnaped and murdered an aid worker.

It has generated outrage across the country and calls for justice and investigation.

Tibor Nagy, assistant secretary for US Department of State’s Bureau of African Affairs, took to Twitter to express his concern about the escalating attacks by armed separatists against civilians in the above-mentioned regions.

“My condolences to all of the victims and their families, and I hope to see impartial investigations to bring the perpetrators to justice,” Nagy said.

The Cameroon government also condemned the “acts of barbarity and horror perpetrated in recent days by secessionist terrorist armed gangs, which continue to sow terror and desolation among the populations in the Northwest and Southwest regions.”

Earlier this year, the Norwegian Refugee Council named Cameroon as the world’s most neglected displacement crisis for the second year running.

Violence in the Anglophone regions over the last three years has claimed an estimated 3,000 lives and caused the displacement of over 730,000 civilians, according to the Human Rights Watch.