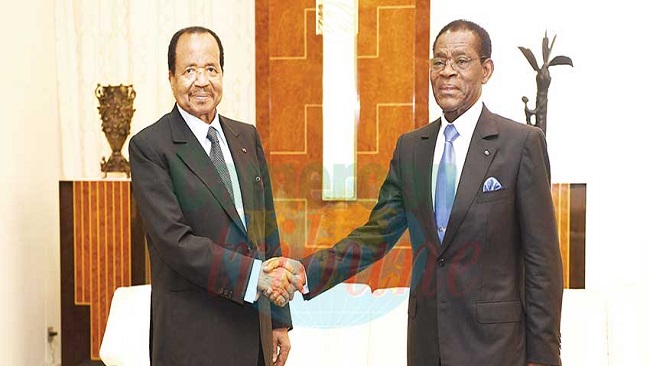 The Francophone dominated government in Yaoundé has launched an unprecedented attack against the regime in Equatorial Guinea for starting the construction of a six kilometers road inside Cameroonian territory.

Two senior Cameroon government ministers in charge of security issues recently travelled to the borders with Equatorial Guinea to assess the situation and hundreds of Cameroonian soldiers have been deployed to the area.

Joseph Beti Assomo, the Minister Delegate in charge of Defense and Paul Atanga Nji, Minister of Territorial Administration met with officials from Malabo on the disputed territory and are expected to report to President Biya who has not been seen ever since the outbreak of COVID-19.

Cameroon Intelligence Report gathered that the Equatorial Guinea government does not intend to stop the construction work currently going on which includes a huge wall that will separate the two countries.

Sources in Yaoundé say the Biya regime wants to play the diplomatic card and are considering referring the matter to the African Union.