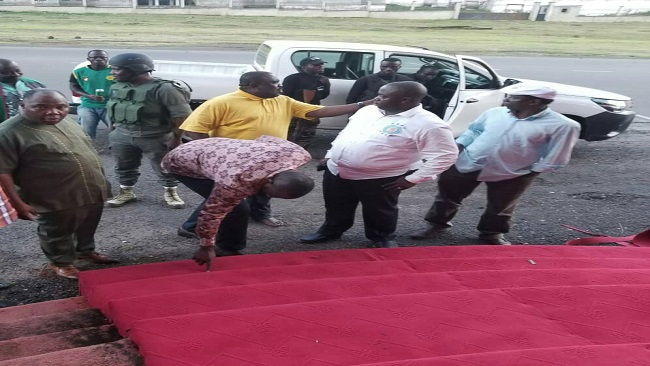 What does it take to get Biya a celebrity red carpet in Buea? An Elung Paul and Ekema Patrick 0

During our editorial meeting today in Dublin, we got a bit curious as to what happens behind the scenes at a red carpet event like President Biya’s anticipated trip to Buea, capital of Southern Cameroons. Sure, we have plenty of Chantal Biya celebrity selfies to show our readers how the French Cameroun presidential couple enjoys tax payer’s money round the world. 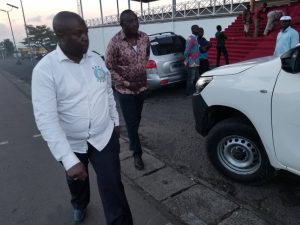 But our senior political man, Soter Tarh Agbaw-Ebai was interested to know what happens before Biya arrives Buea. In other words: the getting ready part. Like, how long does it take to arrange the red carpet, how involved is the presidency of the republic, and what happens if there’s a major drama like Biya and Cavaye Djibril turning up at the same time(a coup d’état)? So many questions!!

Our intelligence officer visited the venue in Buea and discovered that it was Minister Paul Elung and Mayor Ekema who were actually doing the mean job of setting up the so-called Red Carpet. The photo attached to this flat report actually shows Paul Elung at work in Buea. To be sure, this is part of the job description for a Southern Cameroons Minister and Assistant Secretary General at the Presidency of the Republic in French Cameroun.