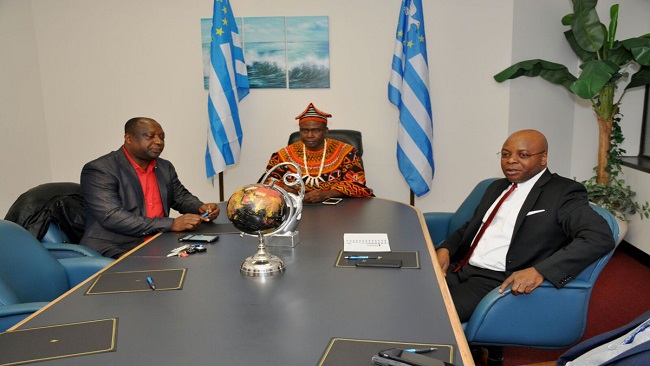 A look at the data behind the headlines amid the worsening crackdown by the army of 86-year-old Cameroon president Paul Biya in Southern Cameroons tells a pathetic story. The UN under very strong French influence has crafted a response and each time the Ambazonian issue is raised up with disturbing evidence, the Antonio Guterres’ gang are quick to say  we haven’t seen this or that video. The UN has blatantly refused to call it “Africa’s largest humanitarian crisis” in modern times.

“It’s complicated”. This is often how the crisis in Southern Cameroons is described by the French government and the French surrogates in the African Union including the corrupt Buhari regime in the Federal Republic of Nigeria and these words paint a picture of mass killing on the side of the Biya Francophone Beti Ewondo regime. If we look at the French Cameroun media headlines we assume that its entire ok and some so-called “separatists” are behind the unrest.

So two years into the Southern Cameroons crisis and 57 years into the killing of Anglophone leaders, we have looked at the data on who is killing who. The truth is shocking. The vast majority of Southern Cameroons civilians killed – 99% according to human rights groups and international media sources – have been killed by the government of President Paul Biya and its allies.

This matters as we enter a civil war scenario in Cameroon under the CPDM regime. All efforts at stopping the Southern Cameroons uprising will fail unless we understand where it is coming from. The story of the data is unarguable – if we want to stop the killing of civilians in Southern Cameroons we have to address the brutality of the government of Mr. Paul Biya and its allies.

In this edition of the AGBAW-EBAI DEBATE, we are asking our readers if the Interim Government of the Federal Republic of Ambazonia should embrace a military response to the killings of Southern Cameroons civilians?