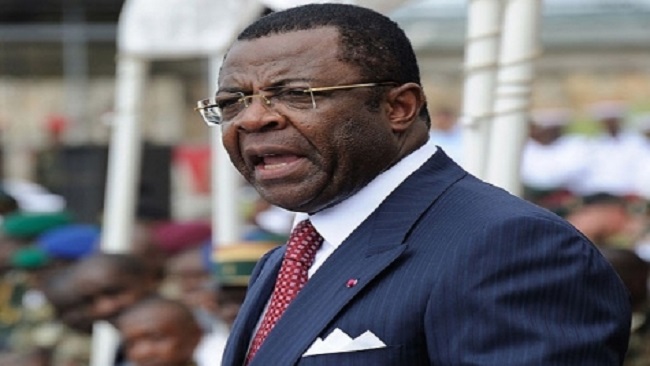 Yaounde: Ex-Defense Minister on trial in complex money laundering network to cover the trail of millions of euros in bribes 0

After 18 months of investigation, the former French Cameroun Minister of Defense is now ready to face the long arm of the law.  Edgar Alain Mebe Ngo’o, detained for 18 months at the Yaounde-Kondengui Central Prison, will now appear before a grand jury at the Special Criminal Court.

According to French Cameroun intelligence files, Mr. Mebe Ngo’o is accused of embezzlement of public funds estimated at 20 billion CFA francs that he maliciously pilfered through over-invoicing and fictitious public contracts.

Cameroon Intelligence Report understands the ex French Cameroun Defense boss is also at the centre of another financial crime estimated at 300 million Euros or 196 billion CFA francs intended for a Polytechnological project with the Peoples Republic of China in the context of the purchase of military equipment for the French Cameroun army. And to top it all off, the native of Sangmelima is also accused of money laundering estimated at 20 billion CFA francs.

Placed in detention in Kondengui prison since March 2019, the former French Cameroun Minister of Defence (2009-2015) continues to claim his innocence and that of his wife and his three co-defendants Mbangue Maxime Leopold, Mboutou Elle Ghislain Victor and Menye Victor Emmanuel.