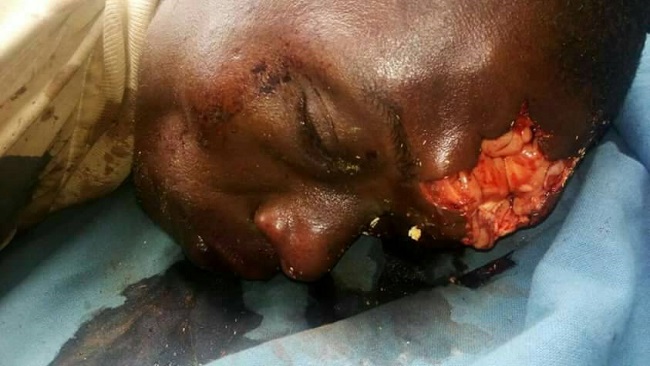 Two years after President Biya launched his so-called war on separatists, an untold number of Southern Cameroonian civilians have been killed by disease, illness and by the French Cameroun military campaign. A Southern Cameroonian serving in French Cameroun as Prime Minister and Head of Government recently announced some kind of a humanitarian reconstruction aimed at minimizing the displacement of Ambazonians and the damage to infrastructure and the disruption of services in Southern Cameroons. The Philemon Yang Plan is still not working.

Ever since the Francophone dominated army started its genocidal campaign in Southern Cameroons, thousands of Ambazonia lives have been turned upside down, lawlessness has been allowed to fester and spread, and the one and indivisible Cameroon is now a nation at risk of fracturing apart. Moreover, an untold number of Southern Cameroons innocent civilians have been killed – by disease, illness, in gruesome tortures performed by French Cameroun army soldiers and French military advisers.

The Prime Minister Philemon Yang diabolic humanitarian scheme was a hit back at the Amnesty International report.  Cameroon Intelligence Report believes some 865 civilians have been intentionally killed by French Cameroun troops since the operations against Ambazonian Restoration Forces started.

The unfortunate death of Southern Cameroons civilians is a fact of the war that does not weigh heavy on the hearts of President Biya and his crime syndicate. The truth is that nobody knows how many Ambazonian civilians have been killed in Southern Cameroons since the 85 year old dictator launched the military campaign.

The French Cameroun army is now keeping painstaking records of its soldiers killed in both the Southern and Northern Zones of the Federal Republic of Ambazonia-120 French Cameroun soldiers as revealed by Defense Minister Beti Assomo. Yet, Yaoundé have never tried to make an overall tally of Southern Cameroons civilian deaths or those killed in other theatres in Nigeria.

The Interim Government of the Federal Republic of Ambazonia has been making several attempts to come up with a figure in a project that maintains a tally of casualties based on media reports. However, the Ambazonia Communication Secretary, Hon. Chris Anu admitted to Cameroon Concord News Group that the Interim Government  figures are based on reports in the media, which are themselves limited in scope and detail.

The truth of the matter is that nobody knows. The figure could be 800; it could be 1000 or more. And when you add the civilian casualties in the Cross River and Benue States in Nigeria and in the forest where the Biya Southern Cameroons war has played out – it becomes even more of a guessing game.