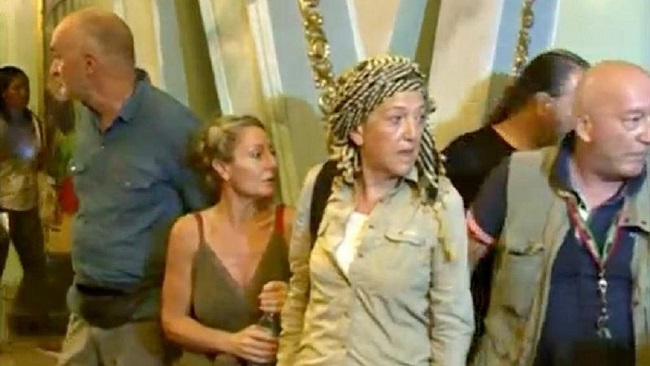 African Adventures, a tour operator in Cameroon says the government’s official statement that a dozen foreign tourists had been rescued in a military operation was not accurate.

Government said on Wednesday that security forces had rescued a dozen foreign tourists and six locals kidnapped in the restive Anglophone region. The foreign contingent were said to include seven Swiss and five Italians.

Information minister, Issa Tchiroma Bakary said the army’s elite Rapid Intervention Batallion rescued the group hours after they were abducted on their way to the Twin Lakes in Mount Manengouba National Park, about 300 km (186 miles) northwest of the capital Yaounde.

But according to the company, in the April 2, 2018 incident, its clients were not kidnapped but rather they were only stopped by an armed group and their documents checked.

Their statement added that just when the group were about to leave, security forces arrived, resulting in a brief engagement, after which they were allowed to leave.

African Adventures’ position muddies the waters even more because the Swiss government according to an RFI reporter also said it was not until yesterday (April 4) that they were told about the incident.  Bakary blamed the kidnap on “secessionist terrorists”, a term used by the government to refer to the English-speaking separatists who want to carve out a new state called Ambazonia from mainly French-speaking Cameroon.

“ADF does not take hostages. ADF arrest enablers and collaborators and does not arrest foreign nationals,” Cho Ayaba, a leader of the Ambazonian Governing Council, to which the ADF is loosely affiliated, told Reuters.

The ADF has been responsible for most of the shootings that have killed more than 20 state security agents in a year-long uprising against President Paul Biya’s Francophone government that they say has marginalised the English-speaking minority.