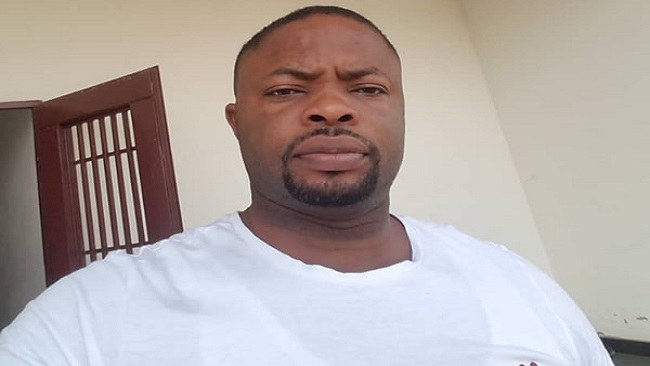 A former employee at the U.S. Embassy in Cameroon claims he was fired because he filed a sexual harassment complaint against his male supervisor.

Julius Banka in a lengthy statement he sent to the Washington Blade says he was a warehouse supervisor at the embassy in the Cameroonian capital of Yaoundé from February 2009 until his termination on June 14, 2018.

“In my years of work at the embassy, I was never given any reprimand, put on any performance improvement plan nor sanctioned for any reason,” says Banka in the statement. “Instead, I had several awards for good work done and was even awarded employee of the month in 2017.”

Banka in a complaint he sent to the embassy’s Equal Employee Opportunity office on May 15, 2018, alleges his supervisor, William McllWain, “wanted me to be his gay partner and when I refused, he started retaliating.”

The EEO complaint, which Banka provided to the Blade, does not contain anything that specifically says McllWain wanted to enter into a relationship with him. Banka on Wednesday referred to the complaint when the Blade asked him to further explain this claim.

Banka in his complaint does state McllWain “admired my body build and would like for me to come teach him how to work out and be like me at his home.”

“I felt very uncomfortable with the discussion because of his gestures during this conversation and quickly told him that I do not know how to teach sports, but (I) will however look for someone who can help him out,” wrote Banka in his EEO complaint.

Banka further alleges McllWain “constantly make comments about how I had a nice body and how what I was wearing looked good on me.”

Banka provided the Blade with a June 14, 2018, letter that informed him of his termination. Banka in the statement he sent to the Blade wrote “the security officer” who “gave me the termination letter … sounded surprised to hear that there was any sexual harassment case I had filed two months before.”

“This clearly showed that he only had one objective during his investigations and that was to fire me,” wrote Banka.

Banka in his statement said he wrote to U.S. Ambassador to Cameroon Peter Henry Barlerin and the embassy’s deputy chief of mission “to explain what happened, but none of them reacted or responded to my complaint.” Banka also said the State Department’s Civil Rights Office declined to help him.

“Till date, the embassy has neither responded to the ministry nor made any statement,” he writes.

The State Department’s Bureau of African Affairs in a Jan. 31, 2019, letter noted Harby Issa, the embassy’s Human Resource Officer, had due cause to fire him.

“Your separation was a result of the Embassy Regional Security Office (RSO) finding that you had been involved in the theft of embassy property — a charge to which you admitted,” reads the letter. “Further, you involved one of your direct reports in this theft, resulting in that employee being disciplined, as well.”

“Though that letter of separation does not specify the reason for your separation other than to state that it was due to security reasons, you were advised orally at the time that your theft of embassy property constituted grounds for termination of your employment,” adds the letter. “It does not seem credible that this termination came as a surprise, after your own admission of this malfeasance to the RSO.”

Banka provided the Blade with the letter. He denied the allegations in a June 26 email.