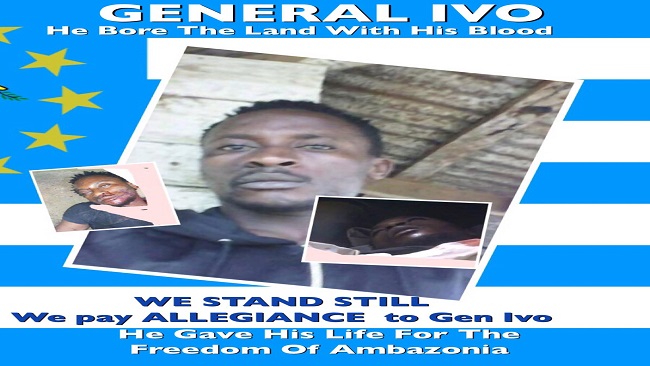 Our chief intelligence officer in Yaoundé says the Biya regime offered money to Cho Ayaba and the so-called Ambazonia Defense Council to forgo the Southern Cameroons resistance and to help the French Cameroun intelligence unit of the Rapid Intervention Battalion (BIR) to locate General Ivo at one of Chief V.E Mukete’s plantations in the Meme County.

Our Yaoundé correspondent who served in the Cameroon army and retired as a captain also opined that following the failure of several attempts to destroy the Ambazonian resistance, the Biya Francophone regime has been conspiring against the Southern Cameroons Interim Government using ego/power-seeking profiteers, opportunists, activists and clueless self-seekers.

Cameroon Intelligence Report understands the Ambazonian Communications Secretary, Hon. Chris Anu will be commenting on the happenings in the Meme County and also on the state of the revolution tomorrow December 22nd.

We gathered that the French Cameroun government assigned Paul Atanga Nji- the Minister of Territorial Administration to offer Cho Ayaba including some prominent members of the AGC and ADF anything in return for stopping the Southern Cameroons revolution.

“They were offered money and have been told that they shall be part of the authority in Anglophone Cameroon on condition that they work against the Interim Government of Southern Cameroons,” our Intel officer in Yaoundé revealed.

There are many other French Cameroun conspiracies against the Southern Cameroons revolution, including attempts to stir up a conflict between the Ambazonia Self-Defence and Restoration Forces Council (ASC/RF), the command and control system prosecuting the war against La Republique du Cameroun and the Ambazonian Interim Government.

The French Cameroun government under Biya is seeking to create such a rift because the Ambazonian Interim Government is the guarantor of the Southern Cameroons resistance.