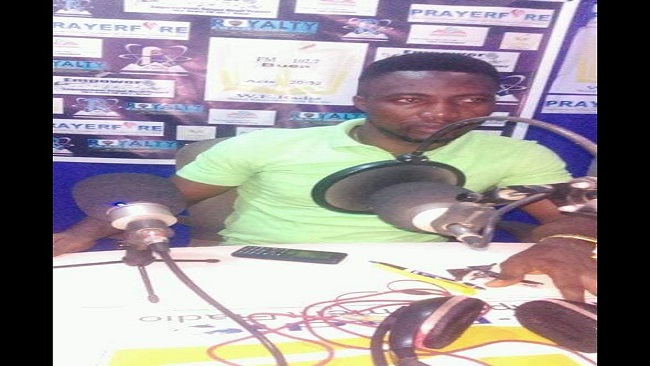 Cameroon government authorities have reportedly placed Daniel Ashu Tando in solitary confinement at the Central Prison in Buea for reporting and detailing how three government army soldiers raped his cousin by name Fanny Eda who died in Mutengene.

Daniel Ashu Tando who according to Cameroon Intelligence Report sources has been in detention for over sixteen months, was arrested in Mabonji on his way to Kumba in his car and ever since, the commander of the Rapid Intervention Battalion (BIR) has been pushing for charges of belonging to a separatist Southern Cameroons group against him.

The Buea prison administrator moved him to solitary confinement immediately after he met with his lawyer Barrister Peter Nkea Atabong last week. We understand, the journalist will be appearing before a French Cameroun judge at the Buea Military Tribunal on the 17th of June.

Prisons remain overcrowded both in Southern Cameroons and in French Cameroun and the Biya regime authorities have not undertaken health and sanitation measures in response to the coronavirus pandemic. Hundreds of Southern Cameroons inmates are afraid of contracting the virus due to the lack of access to medical care and protective gear inside detention facilities, as well as overcrowding and unsanitary conditions.

Last week, the Vice President of the Southern Cameroons Interim Government, Dabney Yerima wrote an open letter to Ambazonians all over the world urging them to immediately contact their local representatives and clamour for an end to the genocidal campaign going on in Southern Cameroons and the release of all Ambazonia prisoners of conscience including journalists behind bars, as freedom has become a matter of life and death amid the coronavirus pandemic.

Daniel Ashu Tando had a short spell at CRTV under Olivia Tamanjong and thereafter Kolle George and Kedia Basebang. At the time of his arrest he was reporting for Word Empowerment Radio.