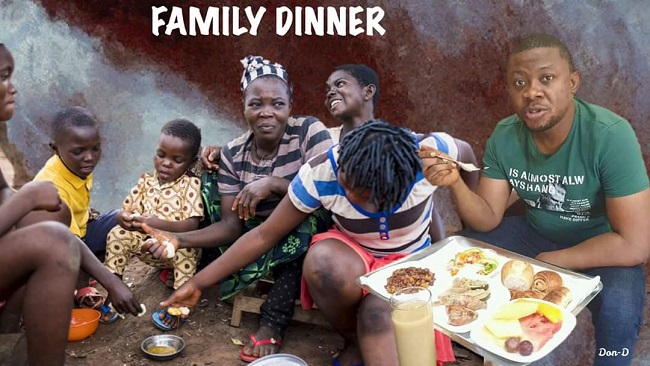 Thousands of Ambazonians are increasingly suspicious of Cameroon’s refugee return operation that has resulted in the return of some 87 refugees from Nigeria. On Tuesday, December 31, 2019, 87 refugees and former Ambazonian combatants living in Nigeria returned to Yaoundé on a special flight chartered by the Yaoundé government. Among the returning refugees were Success Nkongho and a self-styled General Namberee who has been talking like a parrot ever since he landed in Yaoundé.

On hand to welcome the seemingly desperate returnees and their children were several personalities of the ruling CPDM crime syndicate led by Paul Atanga Nji, the country’s territorial administration minister.

Speaking to the press upon arrival in Yaounde, Success Nkongho, the so-called spokesperson of the Southern Cameroons returning refugees said that “we are very proud to be here in Yaoundé. We are moved by the warm welcome. We did not expect it.”

Success Nkongho, a con-man who also doubles as an unsuccessful pastor, is known to have been working for the Yaoundé government in Nigeria, with several sources reporting that he had betrayed Southern Cameroons leaders who were kidnapped in Abuja, Nigeria, and returned to Yaounde in 2018.

He added that “I love Cameroon and I decided to commit myself to peace,” but many observers and close associates of Mr. Nkongho clearly indicate that he wants to use the peace process to whitewash his black image. He has been involved in many shady deals in the past and has robbed many people of their money through visa schemes that have left many poor and heart-broken.

It should be recalled that Mr. Success Nkongho has been seeking to have a foreign passport to protect himself ever since the Southern Cameroons crisis hit the international stage. He was in Abidjan, Cote d”Ivoire, in 2019 to see if he could obtain an Ivorian passport, but his efforts did not yield any results as the Ivorian system is computerized and Ivorian security systems have been refined over the years.

He has also contacted many people in the USA and Europe to see if he could have a way of leaving the African continent, but it seemed nature is not smiling at him. With many children and a wife, Mr. Nkongho could not have the possibility to take everybody abroad due to financial constraints. The peace process is therefore a possibility for him to walk away from the stress he has been experiencing in Nigeria.

The Yaoundé drama also witnessed a popular Ambazonian ex-combatant, General Nambere, expressing his gratitude to the 86-year-old dictator, Paul Biya, who has been in power for 37 years and has nothing to show for such a long stay in power. Namberee, a cash-strapped, desperate and ambitious illiterate also pledged to “work for a return to peace in the country.” Many analysts doubt his sincerity and have been asking if he has the means and possibility of achieving such a lofty goal.

It should be recalled that other Ambazonian fighters who laid down their arms were presented to the general public during the Major National Dialogue. They were on media shows in East Cameroon and some were even presented as national heroes on the state-owned Cameroon Radio and Television (CRTV). Yaoundé has revealed that the total number of Ambazonian combatants who have laid down their arms stands between 2,000 and 3,000.

The official Yaoundé government position is that many of the Southern Cameroonian fighters who surrendered did so to save the peace, but the reality is a far cry from what the Yaounde government is presenting. Many of the so-called former fighters have received large sums of money from the Yaounde government and others had been paid to stage the comedy that has not convinced the international community.

Some of those fake former fighters have been killed and the government has left many to their own devices, making them vulnerable and even more desperate.