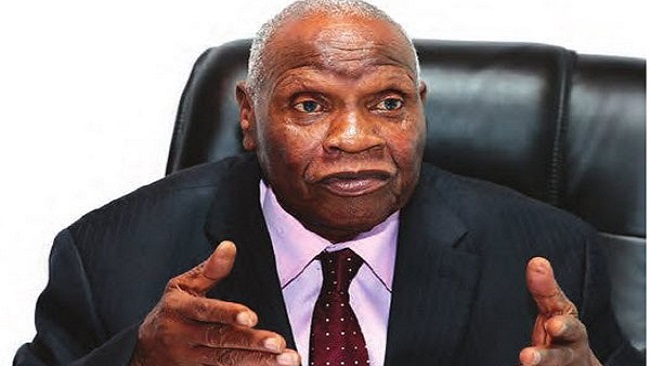 Yaounde: Tongues wag over the publication of a tender for the construction of a villa for the President of the Constitutional Council 0

Tongues have been waging following the publication of a tender for the construction of the residence of the President of the Constitutional Council of Cameroon, just a day after the agency declared 85-year-old President Paul Biya winner of another seven-year mandate.

“In the perspective of development of state patrimony, the minister of State Property, Surveys and Land Tenure hereby launches an open national invitation to tender for the construction work of the residence of the president of the constitutional council based in Bastos,” the public tender, published in the state-run bilingual daily, the Cameroon Tribune, reads.

Bastos is a high end secure neighbourhood that serves as a principal diplomatic region in Yaoundé.

The $477,000 (FCFA 272.7m) residence will be occupied by the pioneer president of the council, Justice Clement Atangana, who proclaimed President Biya winner of the October 7 election with 71.28 percent of the votes cast.

Many denizens have been commenting about the tender by the Yaoundé authorities.

A journalist and member of the opposition Cameroon Renaissance Movement (CRM), Ms Angela Forbin, suggested that the house was “compensation” to the president of the constitutional council for “cooking up election results in favour of Biya”.

But Mr Ngala Gerard, a member of the ruling Cameroon People’s Democratic Movement (CPDM), argued that the residence was for the president of the Constitutional Council, and not Justice Atangana.

During the hearing of post-election petitions in Yaoundé last week, lawyers of CRM’s flagbearer Maurice Kamto argued that over 50 percent of members of the Constitutional Council, including the president, were affiliated to the ruling CPDM party.

The council members were appointed by President Biya.

Prof Kamto, who has maintained he won the October 7 election, said the vote was organised by a “doubtful independent institution” (Elections Cameroon, ELECAM) and supervised by a constitutional council “that almost all its members are militants of the ruling party, all appointed on a discretionary bases by the outgoing president”.