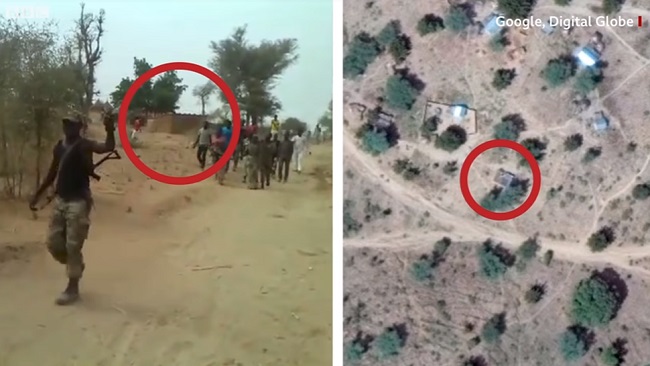 Yaounde: Trial of soldiers for killing women and children must lead to justice for victims 0

The Cameroonian authorities must leave no stone unturned in their pursuit of justice for two women and two children who were brutally murdered by the military, Amnesty International said today. Seven soldiers allegedly caught on video carrying out the killings are set to go on trial tomorrow.

When the video went viral in early July 2018, Cameroonian authorities initially dismissed it as “fake news”. But Amnesty International revealed credible evidence that the Cameroon military was responsible, and the authorities later announced that the seven soldiers depicted in the video had been arrested and would be prosecuted. The seven are due to appear on 27 August before a military court in the capital Yaoundé on charges of joint participation in murder, breach of regulations and conspiracy.

“This horrifying video shone a spotlight on the way civilians in Cameroon’s Far North have been ensnared in atrocities amid the fight against Boko Haram. Security forces who are supposed to be protecting people have instead carried out arbitrary detentions and extrajudicial executions,” said Samira Daoud, Amnesty International’s West and Central Africa Deputy Regional Director.

“The Cameroonian authorities must draw a line and ensure no army personnel responsible for atrocities will escape from prosecutions. Tomorrow’s trial is a first step towards justice and reparations for victims and their loved ones. Authorities must also ensure that all those reasonably suspected of crimes against civilians are brought to justice in fair trials before civilian courts.”

Amnesty International experts analyzed the video of soldiers shooting dead two women and their two children as soon as it went viral in July 2018. Relying on multiple strands of evidence – including expert analysis of the uniforms and weapons used, and linguistic and other contextual clues in speech that gave away the identities and ranks of the soldiers – within days the organization was able to begin to build a case to counter the official narrative. The evidence strongly suggested that Cameroonian soldiers were the ones extrajudicially executing civilians in the video.

Subsequent research by Amnesty International bore this out, and a community of open source investigators collaborating on the case pin-pointed the exact location near the town of Zelevet, and narrowed down the date to late March or early April 2015. The case was immortalized by the September 2018 BBC Africa Eye documentary “Anatomy of a Killing”.

While playing an important role in defending people threatened by Boko Haram, the Cameroonian security forces’ response has too often been heavy-handed and rife with human rights violations. Amnesty International is calling on authorities to bring all those suspected of criminal responsibility to justice in fair trials, before ordinary civilian courts and without recourse to death penalty.