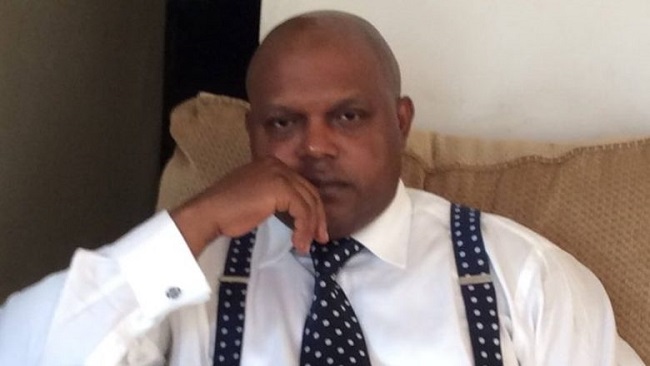 A preacher once told his congregation: “Next week, I plan to preach about the sin of lying. To help you understand my sermon, I want you all to read Mark 17.” The following Sunday as he prepared to deliver his sermon, the pastor asked for a show of hands. He wanted to know how many had read Mark 17. Every hand went up. The preacher smiled and said: “Mark has only 16 chapters. I will now proceed with my sermon on the sin of lying.” This joke says a lot about human nature, but shows how Francophones are often caught committing the sin of lying about the Anglophone problem. Francophones are wont to wish into reality what is not there, and to deny the truth when it suits them. Lying is a sin that was committed by five Francophone Ministers who told the world at a press conference that there is no Anglophone problem in Cameroon. The integrity deficit associated with lying about the Anglophone problem is a travesty that insults and diminishes every Cameroonian and must stop.

The point must therefore be made, and with emphasis, that there is an Anglophone problem but the problem is deeply embedded in the asymmetrical political structure of the country, which has led to institutional paralysis engendered by leadership failure. Anglophones are divided over the Anglophone problem, just as Francophones are united in their bellicosity and belligerence towards Anglophones whom they cast as treasonable felons and secessionists who cannot be trusted. Francophones have used this self-fulfilling fallacy as an excuse to exclude Anglophones from the commanding heights of decision-making and treat them as second class citizens. But facts don’t lie like the lying laity of Mark 17.

Consider this: over 55 years after independence and re-unification, there has never been an Anglophone President or an Anglophone Secretary General or Director of Civil Cabinet at the Presidency. Nor has an Anglophone ever held the strategic ministerial portfolio of Defense, Finance, Territorial Administration, Communication, External Relations, National Education or even in charge of the Police, Gendarmerie, the Army and Intelligence services; not even ambassadors to English-speaking countries like the USA and Nigeria. For a region that represents about 20% of the population, accounting for over 60% of GDP, the fact that the lone oil refinery named in French (SONARA) is in Anglophone Cameroon, yet has been run by Francophone general managers with a predominantly Francophone workforce since its creation is unacceptable. It just cannot be that there are no competent Anglophones to occupy these positions.

As if that was not enough, higher institutions like the National Polytechnic, ENAM, IRIC, ESSTIC, INJS, IFORD, CUSS, Public Works, ENSPT, IRAD, are heavily laden with French courses; another way of saying, Anglophones need not apply. Although Cameroon is officially a bilingual country where both English and French are equal, when has the president ever made an official address to the nation in English? All official correspondences are in French, even when directed to Anglophones. French is the language used in the administration, police, gendarmerie, army and the courts. Anglophones have to seek translators at their own expense. All road signs are in French and there is not a single word in English on the FCFA currency in circulation; is this constitutional?

There is no reference hospital and no functional airport or seaport in Anglophone Cameroon. It is worth recalling that preliminary studies by the consortium charged with the construction of the Chad-Cameroon oil pipeline had established that the project will be cost-effective if the pipeline was built from Doba in Southern Chad to Limbe, which has a natural deep seaport. According to documents from the World Bank and the Washington-based Environmental Defence Fund, the then Secretary General at the Presidency, Joseph Owona re-routed the project to his native Kribi; taking the pipeline through ecologically sensitive areas and increasing the distance by 90 miles and the cost by $2 billion. Owona warned the investors that Limbe was risky because Anglophones might one day agitate for secession and the pipeline will be exposed to sabotage and vandalism.

To add insult to injury, the government has made it a point to assign Francophones who neither speak nor understand English to Anglophone regions. A Francophone DO in Oku, Kamdem Andre once called a meeting with traditional rulers and started speaking in French. Not understanding what he was saying, the Fons started dozing. Feeling snubbed, the angry DO ordered his bodyguards to wake-up the Fons with a slap each and the meeting ended in chaos. DO Kamdem is not an isolated case. Francophones disrespect Anglophones in positions of authority, even the prime minister, head of government. Francophone ministers either ignore cabinet meetings called by the PM or come late, in breach of standard protocol. When then prime minister, Achidi Achu appointed Raymond Gwanyalla as Director of Customs, the then Finance Minister; a Francophone openly challenged the PM in a flagrant display of insubordination. The Minister not only refused to preside at Gwanyalla’s installation, but ordered a boycott of the event which was heeded by all Francophone Directors in the Ministry of Finance. Surely, nothing like this happens in any country worthy of respect.

As Prime Minister, Peter Mafany Musonge was humiliated by the paymaster general in Yaoundé. Musonge was dealing with a crisis after a timber truck derailed killing dozens, mostly roadside hawkers in the hotbed of Mutengene. Anger was boiling on the streets when President Biya ordered that FCFA 200 million be given to the PM to go help the victims and deceased families. A voucher was established to this effect; with the “visa” of the Finance Minister and the PM’s office and sent to the Yaoundé central treasury, but then paymaster general, Etogo Mbezele refused to pay, ostensibly because the director of the treasury had not “visa” the voucher. The treasury director was vacationing in France and traveled abroad with his “visa.” Informed of Mbezele’s decision, an exasperated Musonge could not help but exclaim in anger and frustration: “Oh these Frogs!” It must be stated in no ambiguous terms that Musonge spoke from the heart. His spontaneous outburst speaks to a deep-seated Anglophone frustration with an erratic system of government, with its consequent value misplacement, the like of which should never be countenanced in any civilized nation.

There are countless instances where Francophones are appointed to boss better educated and qualified Anglophones. It is a tragedy that after fifty-five years of independence and re-unification, we are still talking of Anglophones and Francophones, but that is the sad reality of Cameroon. Anglophones have been treated shabbily; they are asking whether they made the right choice in 1961, since only they were asked if they wanted reunification with Francophones. Despite that fact that East Cameroun was deeply embroiled in a bloody insurgency and terrorism, Anglophones closed their eyes and voted with their hearts. Fifty-five years after that vote, all Anglophones are asking is to be given the opportunity to manage their own affairs but they are being called secessionists and enemies from within, Biafrans, and even asked to go back to Nigeria.

This in itself is demeaning and outlandish. Our strength as a nation lies in our diversity. The bridge towards our future will be built on lessons from the past; hence the government must refrain from assuming that anyone calling for restructuring of the present structure wants to breakup the country. It is not Anglophones who threaten national unity; rather, it is the politics of exclusion and marginalization of Anglophones that poses a threat to peace and stability. Those who see Anglophones as a conquered people should look at these unsettling statistics and learn the right lessons because the mood is very scary but the looming crisis is still avoidable.