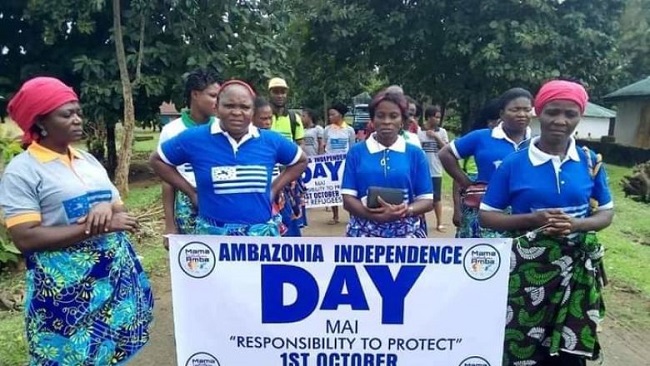 I am minded to give you a synopsis of what has transpired since the setting up of this ad hoc committee by the Prime Minister. You all know those who were named in the committee and how myself and Balla  were left out. On the 24th I received a call from an attaché in the prime minister’s office informing me of our inclusion in the list. I considered it a non event. Because of the teachers meeting in Bamenda on the 27th a consortium meeting was summoned for the 26th. I left my family on Christmas day traveled to Buea and met Balla and we both left for Bamenda at 8.30 pm. We arrived Bamenda at 5pm. We had a heated meeting that lasted almost 8 hrs. It was in the said meeting that the consortium agreed that we should attend the ad hoc committee meetings in Bamenda and Yaounde but with guidelines. We were to table a preliminary objection on certain issues and stage a walk out.

Gentlemen you all saw the communique. We were asked by the teachers to be part of an enlarged meeting with the teachers who had some issues to sought out. Because the meeting rose late the communique of the consortium could not be ready that same day. We had to travel to Yaounde early morning at 3 am. The ad hoc meeting started late because we arrived late and those who were there informed the minister that the meeting cannot start without I and Balla. When the meeting commenced we raised the PO agreed on by the consortium orally because we could not have the written resolution of the consortium. All common law lawyers spoke on the PO like one man. We told the minister the meeting can not continue until the composition of the committee is adjusted to our satisfaction, the children who are under arrest release unconditionally, the ban on Mela, Fakla and Nowela uplifted and many others. The meeting rose for a break because the minister wanted to make some consultations. We could not stage a walk out as planned because the government was bending towards our pressure. We were in contact with the other members of the consortium with regards to the situation.

Upon resumption the minister said the government was ready to give us our demands except federation. Meanwhile we were presented with an agenda which we amended to be able to raise the PO. The minister kept insisting on going ahead with the agenda. I am the one who kept on hammering the fact that in our Anglo Saxon tradition once a point is raised, the threshold issues must be ascertained before we can move forward. I move for the meeting to be adjourned to a further date until when this issues had been resolved.

Gentlemen the minister got upset and asked me not to speak again until the end. Pressure now came from the others. The minister excused himself for 20 mins. Upon return he conceded to my motion but pleaded that we adjourn to this morning. As I post there are words that the children arrested and taken to Yaounde are being released. When we resume today, we have our next plan of action which I can not post here for security reasons. Gentlemen I took this pains to give you these details because I want you to trust and believe in your leaders. The strike continues and there are no plans to call it off despite the fact that the government seems to be playing into our game. We shall soon get on the negotiations table where the topic will be FEDERALISM.