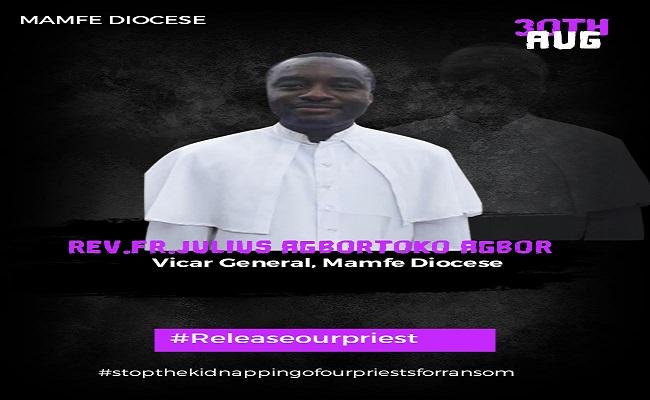 He was freed late on Tuesday following pleas by many Christians and other distinguished personalities including the Cameroon Concord News Group for his unconditional release.

Father Agbortoko, a faithful servant of humanity, was taken to an unknown destination by armed men believed to be separatist fighters, though many observers hold that those who kidnapped him were some rogue elements who have nothing to do with the fighting in the English-speaking regions of the country.