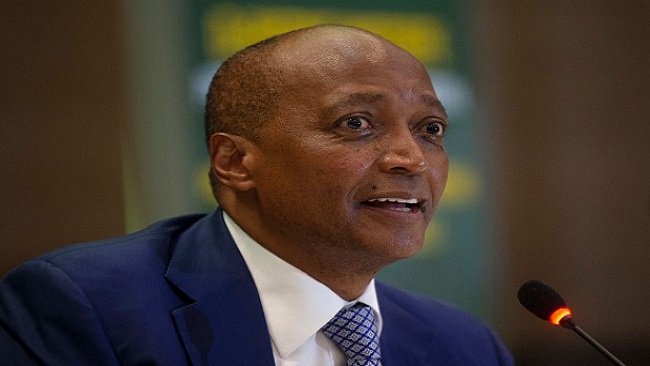 The Confederation of African Football (CAF) has issued a statement following shock reports suggesting that the 2022 Africa Cup of Nations could be cancelled or postponed.

It was reported earlier this week that there was a chance that the upcoming AFCON was at risk of cancellation or postponement due to reported in-fighting between those responsible for organising the tournament.

Journalist Eduardo Hagn had claimed that this was due to the president of Cameroon’s football governing body, FECAFOOT, being “in his role illegally”.

The tournament is scheduled to take place between 9 January and 6 February next year after it was initially set to be hosted in Cameroon in June and July last year. It was, however, moved due to unfortunate weather conditions and the COVID-19 pandemic.

In a statement released on Monday, though, the CAF Executive Committee revealed that the upcoming tournament has been approved, with the official calendar soon to be distributed.

“The Executive Committee noted the report and the progress made so far. The EXCO emphasised the need to make follow-ups with the Local Organising Committee on the areas that still need some urgent attention ahead of the kick-off on 9 January 2022.

“On the TotalEnergies Africa Cup of Nations and Covid19 situation and preparations for supporters, the Executive Committee raised some sanitary matters that will be part of on-going discussions between CAF and Cameroon government.

“The Executive Committee also ratified the signing of the Agreement for the Organising Association Agreement (OAA) of the AFCON with the host nation, Cameroon last weekend.”

On the 2021/22 CAF calendar, the statement concluded: “The Executive Committee approved the 2021/22 competitions calendar. The calendar will be distributed in due course.”