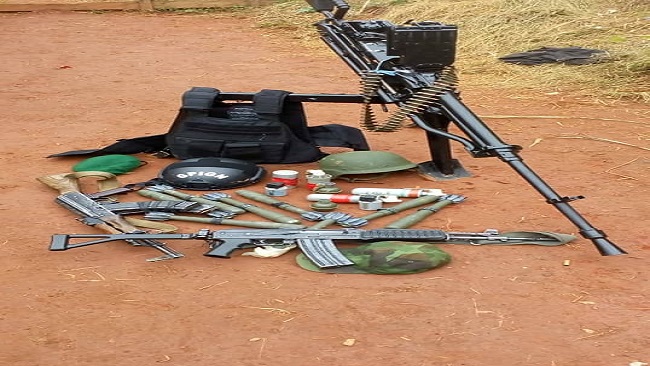 “Biya was planning to go but security and medics advised otherwise on the visit,” said a well placed source of the last-minute decision to cancel the Buea campaign trip. The 85 year old cancelled his first visit to Southern Cameroons ever since the inception of the Ambazonia uprising from which more than 3000 Ambazonian women and children have been killed by Francophone soldiers loyal to his regime.

Biya instead held an emergency meeting with the visiting President of the Confederation of African Football. Both men including the controversial Cameroonian football legend Samuel Eto’o discussed the delay in infrastructural development and wider insecurity in Southern Cameroons.

Some pro CPDM comedians have criticized the Biya regime’s initial response to the Southern Cameroons crisis and EU officials last week said the government had done too little to adapt to the difficulties posed by the crisis in Anglophone Cameroon.  The European bloc also stated that it was not going to monitor the counterfeit presidential polls.

Cameroon Concord News Group understands candidate Paul Biya also annulled another campaign trip to Kribi. Our Yaounde city reporter noted that the Ministry of Territorial Administration had ordered massive deployment of troops and war machinery to the Fako County in the now Federal Republic of Ambazonia  costing the Cameroonian tax payer hundreds of millions of FCFA.

Joseph Emmanuel Ba’ana, Vice President of the so-called Biya Campaign announced the cancellation but did not provide any details as to the reasons that could have led to this last-minute change. However, a lot of under-the-table talk currently going in the nation’s capital, Yaoundé have it that the Francophone dictator is out of breath, tired and is no longer very motivated to carry on as Head of State. A CPDM baron who recently spoke to our undercover reporter observed that Biya was virtually forced by his entourage to seek the seventh mandate in this election despite his highly catastrophic record.