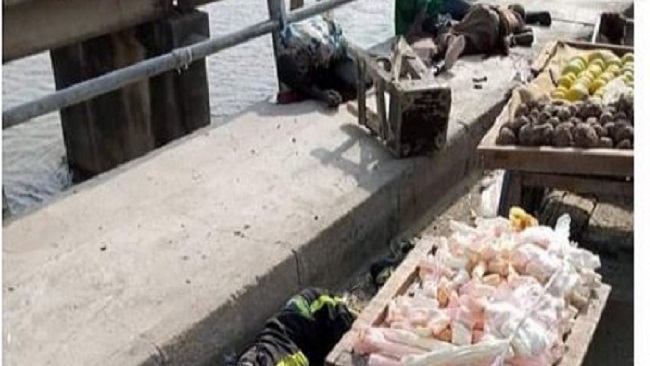 The death toll from the Fotokol El Beid Bridge suicide attack on Monday evening has been painted as dire by the Biya Francophone regime. There were a dozen dead and twenty injured. French Cameroun administrative authorities say it is one of the deadliest suicide attacks seen since 2018.

The attack was reportedly staged on Monday, January 6, 2020 at the El-Beid Bridge between Fotokol (Cameroon) and Gambaru (Nigeria), shortly after 4 p.m. local time (15 GMT) in the main market. Cameroon Concord News gathered from security sources that the victims were mainly traders, children and women.

The first provisional assessment reported that 12 people were killed and 26 wounded. Community sources are trying to establish that it was an explosion of a grenade handled by two kids.

According to a more informed security source, “the bomb carrier refused to submit to a body search.”

This is not the first time that the border town of Fotokol has been the target of attacks. In July 2015, a double suicide bombing killed at least 12 people near the market in Fotokol and in 2017 five children were killed in another attack in Fotokol.

Fotokol is one of the localities in the Far North of Cameroon most exposed to incursions and atrocities of all kinds attributed to Boko Haram.