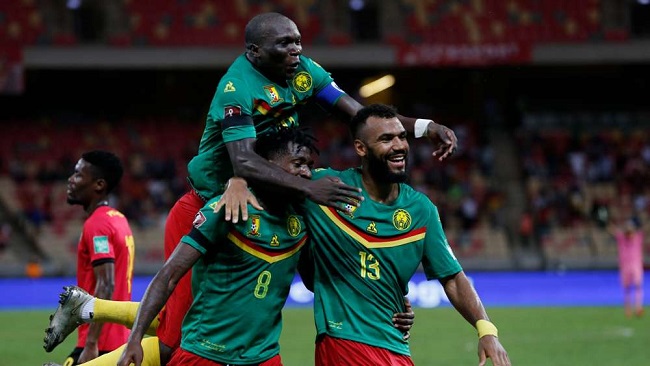 Choupo-Moting found the target in each half of the encounter and Lyon star Karl Toko Ekambi brought his goalscoring form from Ligue 1 to the Indomitable Lions’ camp to seal their victory in the 63rd minute.

Following their 2-1 loss to the Ivory Coast in September, Cameroon bounced back in style with the Bayern Munich forward breaking the deadlock at Stade Omnisports in the 28th minute.

The goal separated both teams at the break and six minutes after the restart, Choupo-Moting made it 2-0 for the hosts.

The lead was later extended by Toko Ekambi, however, the Indomitable Lions goalkeeper Devis Epassy Mboka could not keep a clean sheet as Mozambique pulled a goal back through Sporting Lisbon midfielder Geny in the 80th minute.

With two minutes left on the clock, the visitors were reduced to 10 men as second-half substitute Danilo was given a straight red card.

The victory means Cameroon now have six points after three matches in Group D while Mozambique suffered their second straight loss, and they have picked up just a point so far.

In South Africa, Ivory Coast put in a commanding display to defeat hosts Malawi 3-0 in the other group fixture.

The Elephants remain at the summit of the group with seven points from three outings while Malawi are third on the table with three points.

Patrice Beaumelle’s men will host Malawi for the return fixture on Monday while Mozambique are scheduled to face Cameroon in Morocco on the same day.