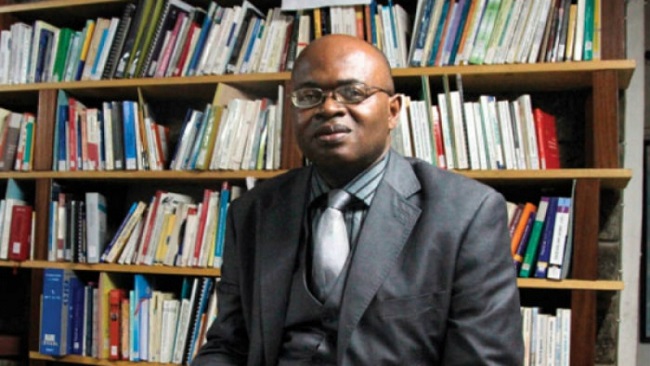 After many years on the sidelines, watching you pontificate on key issues affecting Cameroon, I have decided to break my silence with a view to drawing your attention to your approach to and statements on the Southern Cameroons crisis that is gradually tearing our country apart.

I have been duly informed that you are a university professor in one of Cameroon’s many universities and being a university don implies that we must demonstrate a very high degree of objectivity and selflessness required in the resolution of a serious issue like the Southern Cameroons crisis.

This crisis has been going on for five years and thousands of Cameroonians – soldiers and civilians – have been sent to an early grave and there is nothing that could be humbling and touching like death.

Throughout this meaningless, unjustifiable and destructive war, I have watched you, in your effort to engratiate yourself with the government, calling for more violent military action against those Southern Cameroonians who have taken up weapons against a government that has slammed the door on any possibility of dialogue.

If military violence could bring about peace in that country, Cameroon could have regained its lost peace. Unfortunately, our country is unsafe. It has become a place wherein killing is a sport.

Today, Cameroonians are killing each other with impunity and army soldiers have become soldiers of death, killing civilians to prove a point due to ill-conceived advice from pseudo-advisers like  you.

Many wish you had a brother or a child who could head to the warfront to have a taste of the medicine you are producing for others. Maybe when death hits close to home, you may take a long and hard look at your ineffective strategy that has resulted in thousands of deaths while making secession possible.

Over the last five years, the country has slowly and unfortunately continued its onward march towards the bottom of the abyss of violence, though the government has deployed its most feared forces and most sophisticated military weapons to the two English-speaking regions of the country.

Strangely, those efforts have come to naught, especially as the fighters  on the ground have acquired rare combat experience, procured very dangerous weapons and, in recent months, have changed the game by making the most of their dreaded IEDs which are sending many of the country’s army soldiers to an early and uncomfortable grave.

These dead Cameroonians are unfortunately not traveling to another part of the world. They are quitting the world  for good to the dismay of their parents and family. If this cannot compel us to be flexible, what then can cause us as a nation to take a long and hard look at our failing strategy.

I understand you have huge political ambitions, but those ambitions cannot only come true if you continue to beat the drums of war. As a native of Manyu Division, I was taught that honey like vinegar could be effective in catching flies,  and that honey could be a better alternative in a volatile situation.

This implies that the war in Cameroon which is ruining our economy and bringing new challenges to the population and the government can also be called off through frank and fruitful discussions and not necessarily through the barrel of the gun.

I have watched you on many TV networks and I have concluded that your personal ambitions are transforming you into warmonger and such a philosophy is not only prejudicial to our country, it is indeed dangerous to future generations as it makes their job of building a strong, united and prosperous Cameroon impossible.

Building a strong and united Cameroon does not imply building a hyper-centralized country that does not give the people the opportunity to manage their own affairs. The time for centralization and dictatorship is long gone.

Cameroon can still be united through a federation that allows each region to develop at its own pace, depending on the resources it generates and those the federal government allocates. Federalism is not and has never been synonymous with secession.

It is oppression and failure to listen to the citizens of that country that have triggered the current unfortunate war of seccession that has become a hot potato in the government’s mouth.

I have heard you, more than a thousand times, proclaiming on rooftops that you are the best law and strategy professor in Cameroon. This does not imply that you are omniscient. As a university professor, you should be aware that you are supposed to be a role model to many young Cameroonians.

Allowing your ego to take control of your intellect only works against you and our country. Nobody, no matter how learned, is a repository of wisdom. We must, no matter how knowledgeable we may be, be humble not only in our comportment but also in our pronouncements.

You are not the only Cameroonian with a doctorate degree and the title of a professor in Cameroon is simply not worth its weight in gold. Always brandishing your academic title only makes you sound like a broken record.

Academic titles do not really imply that we are more knowledgeable than others. They simply  underscore that we have done research in a particular area or that we are teaching in a tertiary institution. I guess you know that knowledge is self-bestowed and humility is a key hallmark of very knowledgeable people.

It is, indeed, preposterous of you to use your academic titles to intimidate others. Remember, knowledge is just a click away today and anybody who makes reading a way of life can be the next ‘Socrates’.

I have also been hearing you quoting Cameroon’s penal code as part of your obsolete strategy to intimidate those whose views on the war are at variance with yours.

Be advised that Cameroonians are wont to such a strategy and millions know that those laws in our penal code were designed to stifle debate and muzzle up those who are genuinely serving as the conscience of our country which has lost its way because of uninspiring and corrupt leadership. As a nation, we can do better if only we rid ourselves of ideologues and sycophants like you.

If you are, indeed, an adviser to the government, then that government is rudderless. Coming to you to seek advice on a crucial issue like the one that has reduced our country to the ridicule of the world is like heading to a brothel to look for genuine love.

That country has highly  intellectual and selfless human resources whose honest and professional advice can point the government in the right direction.

I think when knowledgeable intellectuals get invited  on national TV to share their perspectives on key issues facing the country, it is more because Cameroonians need ideas that can result in lasting peace and not those which are gradually making secession possible.

Remember, those who make peace impossible only make war inevitable and if we are where we are today in that country, it is because people like you think every issue can only be dealt with in a battlefield.

My letter has no intention of challenging your professoral knowledge. Its objective is clear – enable you see the folly and disaster in your poorly conceived and greed-driven advice.

Cameroon will certainly be a better country when our leaders listen to those they govern. Our networks will attract more viewers when people like you walk the path of humility, peace and reconciliation.  Your pomposity and intellectual dishonesty are casting you in negative light.

You can do better and your political ambitions can also come true if you see other Cameroonians as being intelligent like you and as deserving of Cameroon as you.

No child ever applies to be born in Cameroon. However, be advised that once born in that geopolitical entity known as Cameroon, that child has the same rights like anybody else regardless of the language that child ends up speaking.

It is therefore incumbent upon our leaders to listen to Cameroonians  in order to avoid conflicts. Conflicts do not only breed bitterness, they constrain a country’s development efforts.

Conflicts consume significant development resources and pit tribes against tribes, making national unity an illusion. Conflicts are sometimes born of arrogance and such conflicts could be transgenerationally transmissible. A professor of your calibre should be aware of this.

Arrogance has never bred peace and the current conflict in Southern Cameroons is the outcome of a culture of arrogance and greed. The sooner we understand that, the better for our country.

About the author: The author of this letter is a Canada-based journalist, translator, technical writer and public relations expert. He studied in Nigeria, Cameroon, Canada and  the United Kingdom. He holds a Ph.D. He provides language services to multiple international organizations.