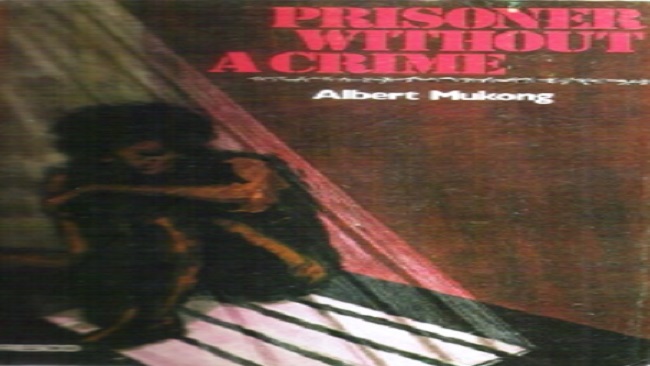 The nite has come, with a chill winter feeling in summer time and the lights have been turned off a great soul, a legend, a patriot and a great Cameroonian icon. Yet as darkness falls, the burning candle lights of the past glows on, and though they may seem dimmed for now at a noticeable exit, not even winter’s storm can put them out.

My generation has come of age, caught in the web of cultural and customary complacence and the challenges of global progressiveness that comes with the pressures of the technological revolution. This generation, my generation, grew up as boys who read Mukong, told stories of his deeds in prison, his boldness to speak up and challenge the government of the almighty Amadou Ahidjo. I really mean those of us who were born with the gift of public and political consciousness and cravings. We read “A Prisoner Without A Crime”, along side Things Fall Apart, A Man of The People, Animal Farm, The Old Man And The Medal, as our patriotic mental massaging items, away from the western histories and literatures imposed on us by the chains of colonialism. We read “A Prisoner Without A Crime” over and over, again and again, forming a mental picture on how this man, Albert Mukong, really looks like. We glorified those who dare tell us that they physically knew Mukong. The man was a legend to us.

I returned to Cameroon from studies in the United States of America in 1987. At that time, the country was continuing its dive or descends into the slumps of an economic crisis of an immense proportion. All the hopes and dreams of the Biya’s renoveau and communal liberalism doctrines were dashed to the ground and became a matter for the history books. I joined the civil service as an economics teacher but soon realized that I had no other choice but to become a political activist (like Mukong) in my own rights. My active involvements in the various change or revolutionary movements in Cameroon during the challenging decades of the ‘90s and the ‘80s, placed me in the very unique position of meeting and forming relationships we the great Cameroonian names and personalities we only heard about with some great mystery. Albert Mukong was one of them.

Albert Mukong had left the country on self exile in 1990, immediately following the Yondo Black trial. In his absence, the Anglophone awakening had gained grounds with the Cameroon Anglophone Movement (CAM) under the leadership of Dr. Enonchong. After moving from Mundemba to Douala in 1991, I had become one of the most strategic, influential and vocal leaders of the Anglophone cause. In early 1992, words came to me that Mukong was returning to the country. I was determined to get him into the fold of the Cameroon Anglophone Movement or have him identify himself with the movement. I discussed this with Mr. Vincent Feko and we got things rolling. I sent words to Mr. George Ngwane, Dr. Bate Besong and Lawyer Charles Taku to meet me in Douala so we can meet with Albert Mukong at the airport as he arrived the country. They were all based in Buea. Bate Besong and Charles Taku could not make it. George Ngwane came a day earlier and stayed with me. Dr. Enonchong was ill at the time, so I took George to visit him and to let him know our plans for Mr. Mukong. George had just published his second book: “To every son and daughter of the southwest” and he brought an autographed copy for Dr. Enonchong. Dr. Enonchong received us by his pool. He was a little bit apprehensive over our plans to bring Mr. Mukong in but we assured him that it was the right step to take and everything was going to be ok.

This was the plan: we were going to make sure the first place Mukong sets foot on Cameroonian soil after the airport, must be the residence of the Chairman of Cameroon Anglophone Movement (CAM). This was extremely important and symbolic to us. This was going to be my first time I was physically meeting Albert Mukong and it was also going to be a test of my having what it takes an activist to make things happen at this level. Mr. Vincent Feko came with his driver to pick us up for the airport. George and I prepared a welcome package for Mr. Mukong. The package was made of Georges two books: The Mungo Bridge; and To every son and daughter of the southwest; my book “Partners in Prison” and some CAM ’S documents.

When we got to the airport and as we waited for Mr. Mukong’s plane to touch down, we realized that our plans for Mr. Mukong was going to face significant opposition from the crew that came from Bamenda to take him home. They vowed they would have nothing to do with Dr. Enonchong and would not allow Mr. Mukong to even contemplate going to his house. Rather than spend time arguing with them, I made up secret plans in my head. Mr. Mukong came through security and I watched him for about 5 minutes greet his family and friends. I then rushed to him, hugged him and pulled him aside, away from everyone. I gave him the books and documents we had brought and told him why it was extremely important, for him and the struggle, for him to make his first stop at Dr. Enonchong’s house. I made my case very convincingly and he agreed with me. He went back and told the rest of the people that my plans make perfect sense and that was what he was going to do. I again succeeded in getting him to ride in our car to Dr. Enonchong’s, so we can have some acquainting opportunity.

With this Mr. Mukong was brought into the Cameroon Anglophone Movement and was made the Secretary General during the ordinary congress in Buea. This is how I started a personal and a significant political relationship and collaboration with Mr. Mukong. There is so much to say about Mr. Mukong for the period I have known him and related with him. He called me his political son and I called him chief.

Mr. Mukong has fought his whole life and some periods of his fighting life are difficult to comprehend but he fought from his heart. From my knowledge of Mr. Mukong’s struggles, it is certain that he never completely left the main objective of his OK party, that had as its main objective “One Kamerun” in a strong unification. It is sad that I did not have the opportunity to articulate to Mr. Mukong the vision of empowering the Cameroonian people through the bonds of unity. As Mr. Mukong leaves the stage, he should be assured that we will pick up and continue his work of uniting the Cameroonian people as one people and work to create a society that projects social justice for all and the respect for all human rights. We see the Cameroonian children from south to north, from west to east, moving hand in hand and using positively that which has been used negatively against them and their unity. The Cameroonian people are beginning to see their ethnic and cultural multiplicity and diversity as a strength and a resource; a divine gift for projecting collaboration, continuity, growth, unity and tolerance. This is not the message we have been exposed to regarding our numerous ethnicities, but now we are beginning to see clearly and this is why Mr. Albert Mukong must rest in peace. His work here is done but his memories will remain with us.