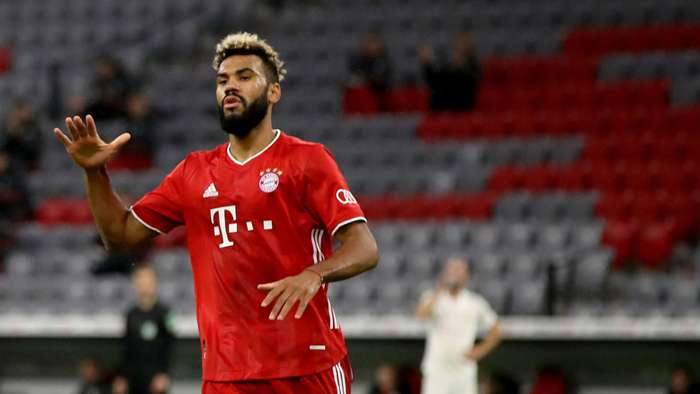 Eric Choupo-Moting scored his first Champions League goal for Bayern Munich in their 2-0 victory over Lokomotiv Moscow on Wednesday night.

The 31-year-old was afforded his second start in the European competition and made the most of the opportunity to open his account for his side.

The Cameroon international teamed up with the Bavarians in the summer from French champions Paris Saint-Germain, and has been in fine form since joining the German Bundesliga side and reigning champions of the European Competition.

The game started with both sides aiming to outwit each other but failed to find the back of the net before the end of the first half.

After the restart, however, Niklas Sule broke the deadlock powering home a fine header beyond the reach of goalkeeper Guilherme. Choupo-Moting then doubled Bayern Munich’s lead with a perfect finish, his third goal for the club since his arrival at Allianz Arena.

The attacker featured for the duration of the game in his ninth appearance across all competitions for the club.

The victory ensured the German side reached the next stage of the Champions League without dropping a single point in the group stage.

Choupo-Moting will hope to continue his fine form in front of goal when Bayern Munich take on Union Berlin in their next league game on December 12.

The forward had previously featured for Hamburger SV, Mainz 05, Schalke 04 before moving to England to feature for Stoke City. He left the club to team up with PSG following their relegation from the Premier League and shone during his time in France.

Choupo-Moting is currently Cameroon captain and has made more than 50 appearances for the Indomitable Lions.