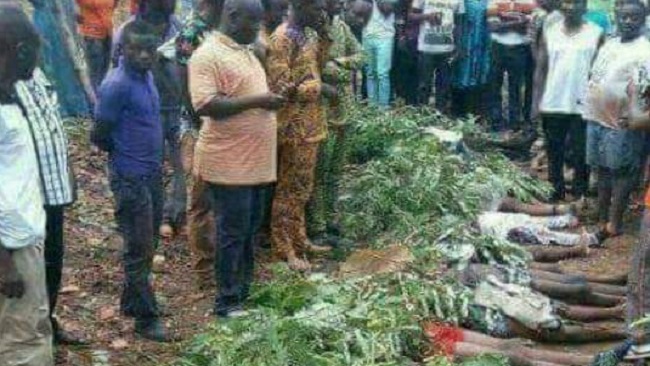 A damning admission of guilt in Cameroon where government authorities have admitted that soldiers acting alongside a militia shot dead 13 civilians, including 10 children, in Ngarbuh, the restive north-west of the country in February. Officials had initially denied the army was involved in the killings.

In a statement released on Tuesday, Cameroon’s presidency said three soldiers along with members of a vigilante group had stormed a separatist rebel base killing five people, before “discovering that three women and 10 children were killed” in the firefight. It suggested the deaths were accidental but soldiers tried to cover them up. The February 14 massacre in the village of Ntumbo stirred huge public reactions and condemnation.

The United Nations described it “a shocking episode in the ongoing crisis that has afflicted Cameroon’s North-West and South-West regions for the past three years”. And a tally by the Human Rights Watch (HRW) said in total, 21 civilians were killed, including 13 children and a pregnant woman. Its version had blamed the attack on at least 10 troops from an elite army unit who were backed by “at least 30 armed Fulani” militiamen.

All of these, the government had denied, particularly that the army was involved. But President Paul Biya responded by ordering an investigation. And now, what do we have? A U-turn for the government, perhaps an embarrassing one, which still leaves doubts about the official version.