With excitement building amongst Sobans in the UK around the 2017 Annual Residential Convention slated from the 10th to the 12th of November in Rugby,  it seems the leadership team headed by Ayuk Akoh-Arrey and his executive and event management teams, have ticked all the boxes on the to do list, and is satisfied with the preparations.
The Association wants to continue to deliver on its  theme of “Building A Stronger Community”. Festivities, which include the SOBA:UK’s AGM and ceremonies, will kick off formally at 11am on the 11th of November at Dunchurch Park Hotel and Conference Centre, Rugby Road, Dunchurch. 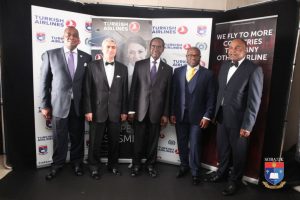 Pre-SOBA:UK events across the United Kingdom and Northern Ireland are in full swing. These include media networking sessions, Sobans interactions with sponsors and local communities and dry runs of programs for the big day. During their address on Saturday the 11th of November, the SOBA:UK leadership team will highlight what has been achieved by so far since their recent election in the 2017 executive elections. The AGM involves members discussing SOBA:UK priorities and programmes for the year ahead, amongst many topics this year, extensions to the existing welfare structure to further support Sobans in various challenging situations in the UK, as well as new new  proposals to partner with SOBA America in 2018 in giving back to the alma mater and encouraging academic and extra-curricular achievement in Sasse College.
Cameroon Concord News  sought to discover how SOBA:UK has come to occupy the number one spot of Cameroon alumni associations in the UK. “It has taken a simple recipe –  sustained effort and commitment by many Sobans. Ever since Ayuk Akoh-Arrey became president in 2014, with his background in financial services, he has sought to make the association financially strong. ” said Eko Ngwashi of the events management team. 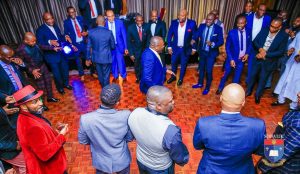 In 2014 SOBA:UK set a vision
A number of volunteers organized themselves into six strategic teams to drive growth.  “We were poised to set a long term  plan to compete with the likes of the Eton college alumni at this meeting” says Secretary General John Bawak. “We believed the UK association deserved to boast of a big bank account and such a vibrant community that Sobans would feel comfortable talking about SOBA:UK at their places of work. That is the moment the SOBA:UK brand became crucial”.
What’s more, the potential for various members to take part in this growth by working in projects to drive the vision. This is how SOBA:UK gets people to participate in projects and activities that create the dynamic association that it is. The Charity and Welfare team establishes and reviews systems for Sobans in need. The events management team undertakes strategic leadership in planning and executing all their events. A Liaisons team is responsible for liasing with the executive team and Sobans and also with the wider Cameroonian community. A business and systems team manages offline and online coordination of the association, meanwhile a publicity and marketing team carries out the marketing. Newly elected Vice Secretary General Usamatu Babangida said “It is an easy association to join, it only requires to pay membership and there is so much work to keep you busy”. 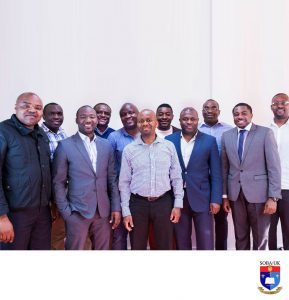 Cameroon Concord News understands that a welfare scheme has paid over £16,000 to bereaved Sobans since 2006 when the first bereavement was issued. “Our bereavement scheme works not just because we pay out but because Sobans show up and see the families of those who are bereaved” says Financial Secretary, Batey Tako. SOBA:UK members have been known to make long road trips to be with the families of bereaved Sobans at their time of need. This extra-ordinary commitment towards each other is reciprocated in SOBA:UK events where hundreds of  guests turn out in support of the association.  The Welfare Team has also made over £17,500 in payouts to projects in Sasse over the last 10 years.
The Events management team boasts of three of the association’s most successful conventions in 2014, 2015 and 2016, which have seen sponsors of the likes of Lycamobile, Turkish Airways, SellamQuick.com, some other big businesses and media partners in Vox Africa, which won Channel of the Year at the African Pride Awards.

The SOBA:UK Residential Convention is the highlight of the summer for many Cameroonians in the UK.  Cameroon Concord News gathered that due to levels of demand, preparations include tight security for the guests, the media and members of the public, both inside and outside Dunchurch Park Hotel.  SOBA:UK’s Event Management team for 2017 has also authorized a “Book-Early And Get Up to £60 off” discount [www.sobaintheuk.org] to purchase a table for 10 people, with additional discounts for registered members.

Cameroon Concord News understands that the AGM is the forum where Sobans with any grievances or suggestions can attend and put their issues so that continuous structural improvements can be achieved within SOBA:UK. The president was quoted as saying that members who have genuine grievances are encouraged to attend the official AGM in 11 November, and put those to the General Assembly for deliberation. SOBA:UK we understand is financially very strong providing a good base to support its membership, which is at the heart of the Association.

Many other Sobans all over UK are also hard at work to ensure that people participate in activities and for the event to be a success as it was in 2016. As such, they have provided even greater public access to all SOBA proceedings. Sobans in other parts of the world and Cameroon who prefer to follow the event in the comfort of their homes can tune in to www.cameroonconcordnews.com  for updates. The SOBA:UK convention will also be broadcast live on www.cameroonintelligencereport.com. The ceremony will also be covered by accredited journalists from various local and international media houses.
“We are confident that this greater access will allow more Sobans to hear directly from President Ayuk Akoh-Arrey about their association and about issues that concern them” noted Alfred Bate Bawak, a senior SOBA in the Midlands.
Cameroon Concord News