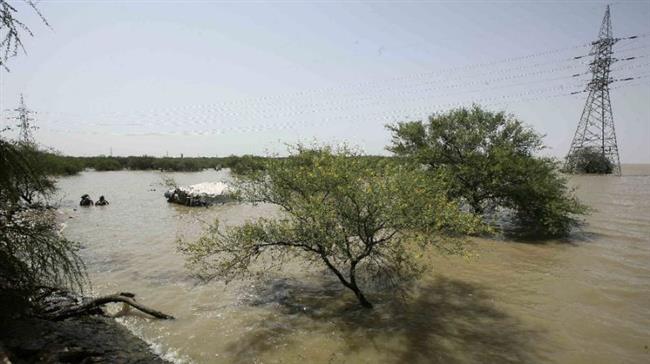 A boat carrying more than 40 pupils has sunk while crossing the Nile River in Sudan, leaving at least 22 primary school children dead.

The state news agency SUNA reported that the small boat went down around 750 kilometers (470 miles) north of the capital Khartoum on Wednesday morning while it was crossing the river to a school in the village of Kabna.

A female hospital employee in the village also drowned.

“This morning, 22 schoolchildren and one woman died when their boat sank in Bouhayra in Nile State as they traveled to school from Kneissa,” the agency said.

SUNA added that the boat sank after one of its engines broke down “halfway across because of a strong current.”

A witness, who asked not to be named, said that the vessel had been crossing the river against the current, adding, “All the families (in the area) are in mourning.”

The small boat was reportedly overloaded, carrying sweet potatoes and grain in addition to the passengers.

According to the agency, the victims’ bodies have not yet been recovered.

Residents of the region rely on wooden boats to cross the Nile, which is an important transport route for people and goods in the country.

Monsoon rains in Sudan regularly last from June to November and cause the Nile, one of the world’s longest rivers, and its tributaries to overflow.