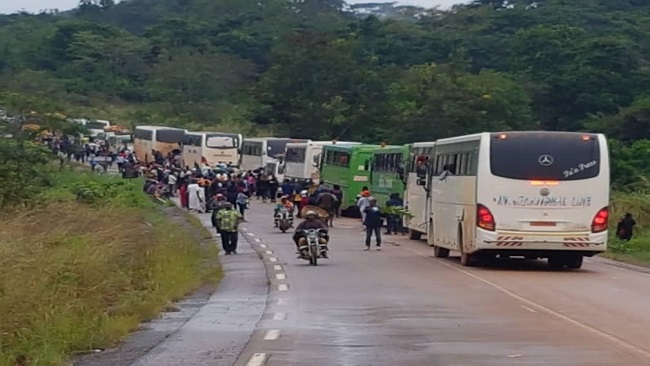 About 30 passengers were abducted by armed separatists on Friday along Fundong-Bamenda highway in the Northwest, one of the two war-torn English-speaking regions of Cameroon, local authorities confirmed Saturday.

“Three transport buses left Fundong for Bamenda and were stopped at Belo by armed separatists,” Samuel Nkwain, a driver who witnessed the incident said.

“All passengers were ordered to step down and hand over their identification cards. They were then taken to the bush to an unknown destination. There are still with them right now,” said Nkwain.

Locals interviewed by Xinhua said the abduction followed in-fighting between armed groups in the area.

“The other group was angry that another group collected their weapons and refused to hand over to them, so they say they are holding the passengers hostage until the weapons are handed over to them,” a local resident, who asked not to be named, told Xinhua.

Movement along the highway has been halted and the search for the hostages has been launched, according to local authorities.

Cases of kidnapping are on the rise amid escalating conflict in the troubled English-speaking regions of the largely French-speaking African country.

The United Nations estimates that more than 430,000 people have been displaced internally since government forces started clashing with armed separatists in November 2017.